Despite red tape, most pediatricians are supportive of national vaccination program 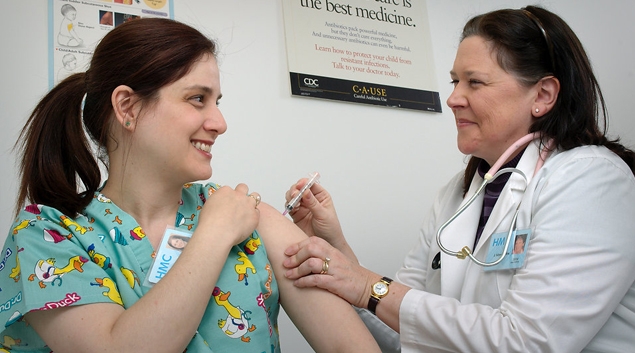 Despite bureaucratic hurdles, the vast majority of pediatricians want to keep participating in a national program that provides vaccinations at no cost to children who are on Medicaid, uninsured, or who are American Indian/Alaska Native, according to researchers at the University of Colorado Anschutz Medical Campus.

The study, published online in the journal Pediatrics, examined pediatrician participation in the program.

The researchers sent surveys to 471 pediatricians, with 372 responding. They asked how many of the doctors participated in the program, the perceived burdens of taking part, their experiences and practices in stocking the vaccines and their views on a bigger reimbursement for giving the vaccine to Medicaid patients.

But nearly all pediatricians surveyed said the program was valuable because they could give vaccines regardless of the patients’ ability to pay, children could get the vaccinations at their own medical provider’s office and it improved overall vaccination rates.

The authors recommend alleviating burdens where possible. That could include increasing payments for vaccine administration, uniform rules that allow borrowing between private and VFC vaccine stocks and creating incentive to buy proper storage and monitoring equipment.

Data from 20187 showed that providers and patients alike could save time and money if federal law is reformed to allow pharmacists to administer all vaccines recommended by the Centers for Disease Control and Prevention.

The move would also make sense from a population health standpoint, since many people become sick, are hospitalized, or die from vaccine-preventable illnesses each year. In fact, about 900,000 people get pneumococcal pneumonia each year, leading to 400,000 hospitalizations and 19,000 deaths.