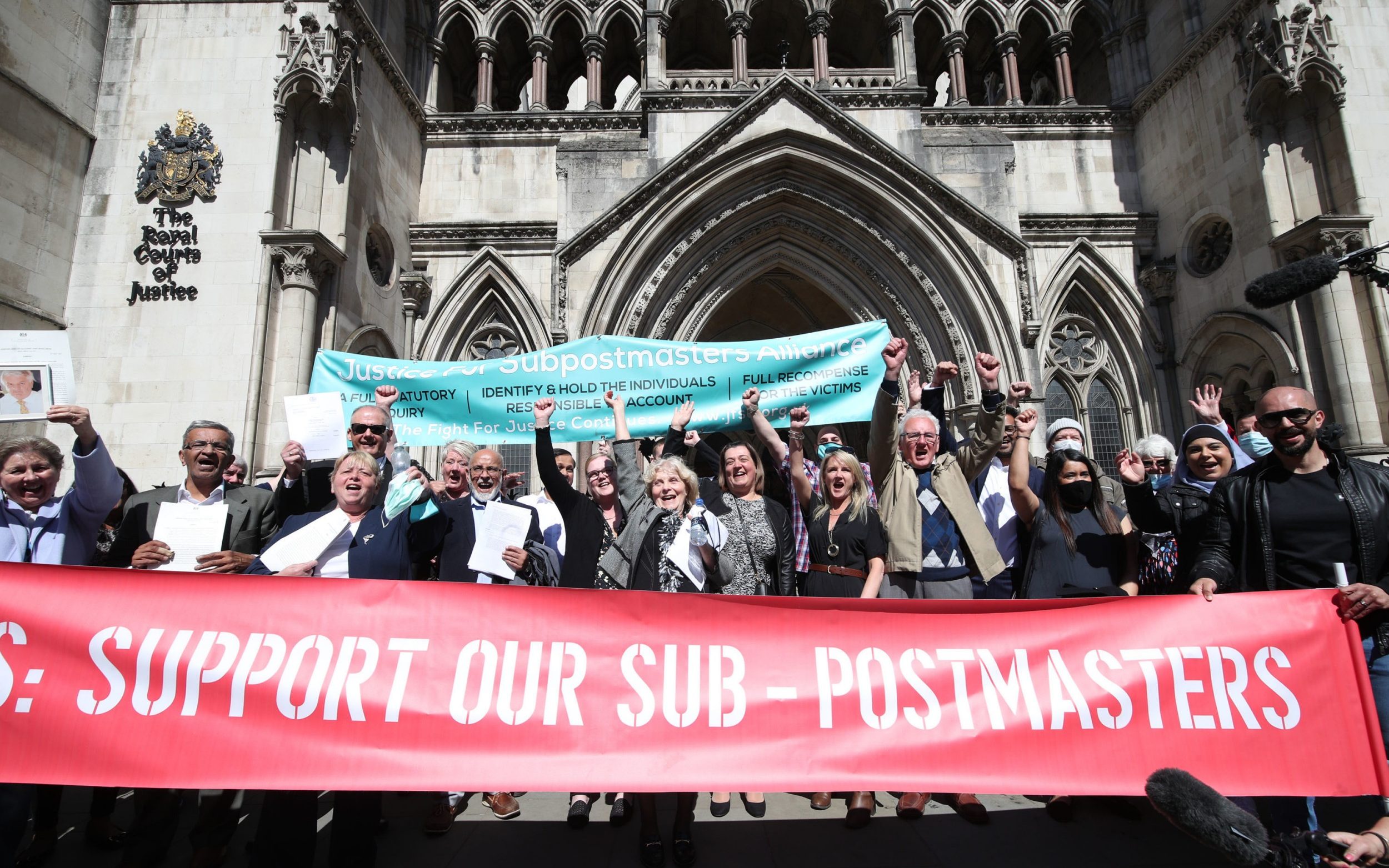 Indeed, the company has bagged government contracts worth about £3.5bn while criminal prosecutions against Fujitsu staff who supported the Post Office’s warped crusade have been conspicuously absent.

Founded in 1935, Fujitsu is worth £58bn and its UK arm had sales of £1.3bn last year, about a quarter of its total outside Japan. Most of its UK revenues come from public sector contracts, mostly for big IT systems similar to Horizon.

As the Government has grown ever more dependent on Fujitsu’s expertise, its interest in pursuing its staff who testified that Horizon was effectively infallible has remained resolutely low.

Britain is a key market for Fujitsu and government ministers are equally keen on preserving the 7,000 jobs created by the company, which boasts that it is “building trust in society”.

Faced with pressure in the House of Lords on Fujitsu’s role in the scandal, government spokesman Baroness Bloomfield appeared to concede in March that the company should face at least some sanctions.

“Fujitsu is no longer a preferred supplier to the Government; in common with any other company, it can bid for contracts,” she told peers. Yet Fujitsu has won public sector contracts worth £3bn since 2013, with more than half that value awarded in the past five years, according to Karl Flinders, a Computer Weekly journalist.

Fujitsu declined to comment on its involvement in the Horizon scandal or on the billions of pounds of public contracts it has been awarded after the scandal was exposed.

Lord Arbuthnot of Edrom is not convinced by Fujitsu’s “trust” slogan. He has long campaigned to bring both Fujitsu and the Post Office to book over the Horizon scandal, dating back to the days when he was a local MP fighting to vindicate a wrongly accused subpostmaster in his constituency.

“It is conceivable that some people in the Post Office — and indeed some government ministers — did not know that Fujitsu was altering accounts, but it is obviously absurd to suggest that Fujitsu did not itself know what it was doing,” he says.

Alan Bates, chairman of the Justice For Subpostmasters Alliance, agrees. The group sued the Post Office on behalf of 550 victimised subpostmasters, forcing the state-owned company to back down after a fraught High Court battle.

“I have little doubt that as time goes on it will emerge from [Sir Wyn Williams’ statutory] inquiry, the police investigation and from elsewhere, that many senior people at Fujitsu were well aware of the problems with the system for many years,” he says.

Hopes for accountability rest with that judge-led inquiry — or, as the Justice for Subpostmasters Alliance describes it, the “Post Office is incredibly guilty Horizon IT Inquiry”. While some might excuse the Alliance for expressing strong views given what its members have endured at the Post Office’s hands, what was supposed to be an accountability exercise has been beset by controversies.

In its initial form the Williams inquiry lacked statutory powers to compel production of documents from companies including Fujitsu and to make witnesses testify. That was reversed last June, but its watery first incarnation signalled that ministers wanted the whole thing to go away quietly.

Fujitsu itself was referred to the Director of Public Prosecutions by High Court judge Mr Justice Fraser in 2019. He questioned “the evidence of Fujitsu employees” given in support of Post Office prosecutions, though Lord Arbuthnot said it seemed that “nothing” had happened since. A police investigation has reportedly begun, but with little public output to date.

The Horizon scandal first came to light in the 2000s, but its roots lie in one of the first government Private Finance Initiative contracts awarded in the mid-1990s. In its original form, Horizon was built for the Department of Work and Pensions to replace paper benefits books with a “fraud-free” swipecard system.