What business school taught a change specialist about reinvention 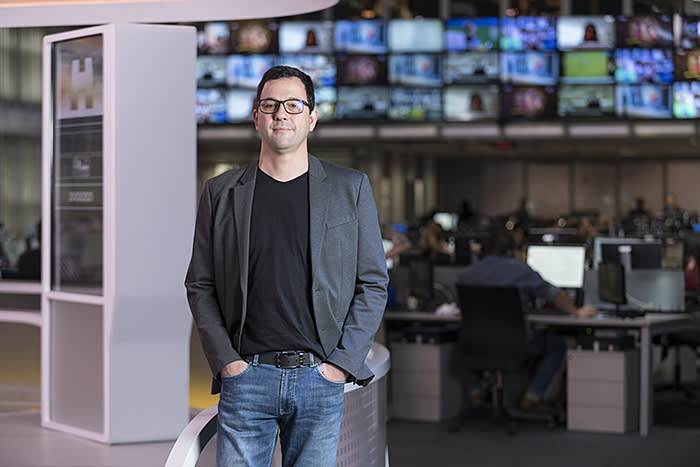 More than most, Sérgio Maria’s career has been about transition and transformation. In a working life helping traditional businesses navigate the upheavals of new technology, he has also rethought his own path along the way.

For more than a decade, the 48-year-old senior digital executive, who lives in São Paulo, has worked with organisations adapting to digital disruption and innovation, first at Google and now with Brazilian media and entertainment group Rede Globo. All the while, developing the skills to put himself in others’ shoes, divine their business needs and communicate how he can help has been at the centre of his career.

During 12 years at Google, Maria’s core work was building relationships with publishers, including newspapers, broadcasters and retailers. “In 2011 in Brazil, the news industry was very averse to Google,” he recalls. “I could not have a conversation with a newspaper CEO — they wouldn’t even respond to my calls.”

The icy reception was understandable. At the time, digital was decimating the traditional news industry. Readers were finding their news online, advertisers were following them and the print revenue model was struggling.

Against this backdrop, the Brazilian was tasked with finding areas where the competitor could become a collaborator. He joined Google as a strategic partner manager and eventually rose to become director of global partnerships for Latin America and Brazil across broadcast, news and commerce.

“Google has the advertising sales role that competes with all the other groups for advertising budgets . . . and that is how it is going to work forever,” Maria acknowledges. “But I was in a group that was looking at the other side — which is, how can we help these partners develop themselves, be more efficient in the way they do their business and also generate revenue?”

He also worked with journalists, explaining how to mine Google data for investigative work; he taught publishers how technology could help them understand users’ behaviour; and he helped optimise mobile products. The global accumulation of such work grew into the Google News Initiative, which supports journalism in the form of a training centre and an innovation fund, for example.

After 12 years at Google, Maria was at a crossroads. If he stayed, the next step would be a move abroad, in a new role and culture. That did not fit with his personal plans, so he decided to take a career break, spend time with his family — he has three sons — and reflect on his next move.

Careers, he says, are a three-stage journey. At the beginning, professionals’ skills tend to be more technical. Then they may become people managers, giving up much of the practical work and developing skills in leading teams and building a vision. The third is the executive level, looking at companies strategically in the long term.

Maria was ready to transition to the third stage. So in 2018, while at Google, he enrolled for the counsellors development programme, a corporate governance course, at Fundação Dom Cabral business school in Brazil.

“It was right for that moment in my career,” he says. “It let me invest some time to understand the strategic role of boards better and how to then influence the management team of the organisation.”

The programme, which he completed at FDC’s Belo Horizonte campus, prepares future board members. Alongside teaching the principles of management and governance, it explores how to apply this — for example, participants prepare for and lead mock meetings of directors.

The return to formal learning was “amazing”, Maria says. His career break meant he was spared balancing family, work and study during the course, which was taught in two week-long blocks a few months apart. This allowed him to engage fully, he adds, something that those thinking about executive courses should be ready to do.

One of the benefits was building a strong network of like-minded peers, and Maria continues to help people stay in touch as a class ambassador.

The programme has helped in his role as director of new business development at Globo, which he started last June. “It’s not the specific technical things that I use,” he says, “It is much more of a mindset change on how to look at and approach things in the long run, looking at what is in the minds of executives and the board.”

There is real value in bringing your experience. It enriches the conversation and the exercises

Globo may be Maria’s biggest challenge yet. As part of its digital transformation, the company announced last year that it was bringing some of its businesses together in one group, including broadcast and cable television companies, its website and video on-demand service.

Alongside the internal change, Maria is working on building this new media technology business for advertisers. “The opportunity is how to integrate all these mediums,” he says, so that advertisers can communicate their messages seamlessly across all of Globo’s channels. For example, he adds: “Can we look at the journey when people move out of TV and go to an app to continue consuming the content?”

This approach and information would help advertisers understand what message works best where and when. It also benefits consumers, he says, in that adverts should feel less jarring if selected in such a way.

“We still serve interruption,” he says. “But we need to make interruption much better in a way that is connected to the content and to what is relevant to people.”

It was the scale of the challenge that persuaded Maria to take the role at Globo. When the chief executive presented his vision for the business, three elements clicked into place: the level of transformation; a realisation that Maria could use his training in digital and fast-moving environments; and finding something that he was good at and excited about.

“I said, ‘OK, three or five years later, if I look back and we were able to implement the level of transformation that the vision says, I’m going to be very proud of that.’ And that’s a legacy I’m going to leave. Talking about a media group, it’s actually a legacy that my kids are going to know about.”