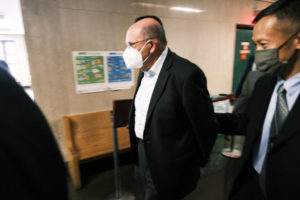 Trump Organization CFO Allen Weisselberg has been charged with a $1.7 million “off-the-books” tax fraud in an indictment that could increase the pressure on him to turn on his longtime boss, former President Donald Trump.

The much-anticipated grand jury indictment unsealed on Thursday alleges Weisselberg, who has worked for Trump for 48 years, was “one of the largest beneficiaries” of a scheme that compensated Trump Organization employees with fringe benefits that were not reported to tax authorities.

The scheme enabled employees to pay taxes that “were significantly less than the amounts that should have been paid,” according to the indictment, which also names the Trump Organization as a defendant.

Weisselberg, 73, allegedly received $1.76 million in unreported perks, including a rent-free apartment in Manhattan, leased Mercedes-Benz cars and even private school tuition for one of his grandchildren. The Trump Organization allegedly kept the benefits off its books but recorded them in an internal spreadsheet.

“To put it bluntly, this was a sweeping and audacious illegal payments scheme,” said Carey Dunne, general counsel for the Manhattan district attorney.

As The New York Times reports, the 15-count indictment “took square aim at Mr. Weisselberg after months of increasing pressure on him to offer information that could help” the broader inquiry into the business practices of Trump and his company.

Legal experts said that while the charges focus narrowly on tax fraud, they could represent the starting point of a more sweeping case in which Weisselberg testifies for the government.

“In any case involving an organization, you’re going to indict people and try to flip them,” said Robert Litt, a former federal prosecutor and Justice Department official. “They’ve more or less thrown the book at Weisselberg, and if the proof is strong enough and his concern about going to jail strong enough, he may decide to save himself at the expense of others.”