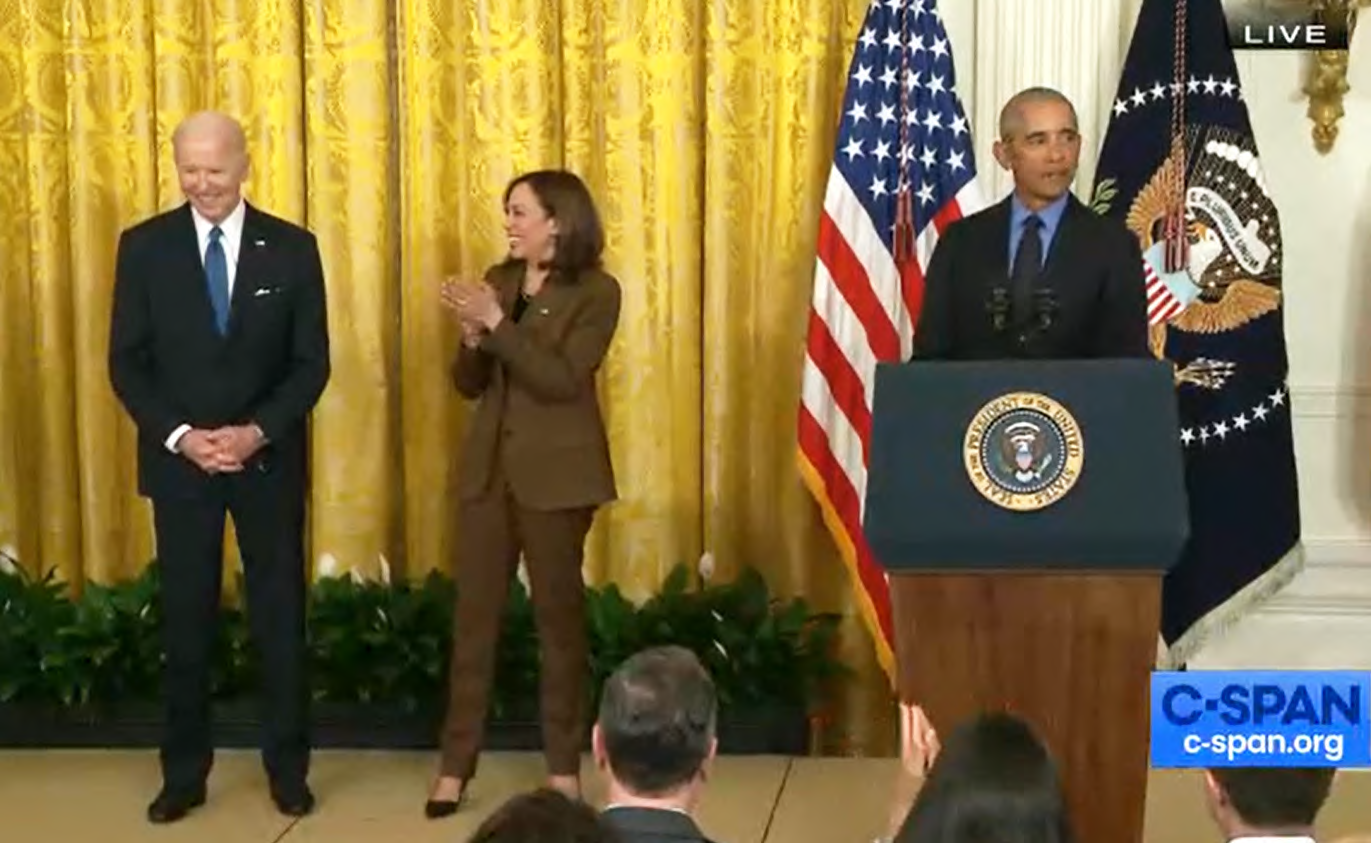 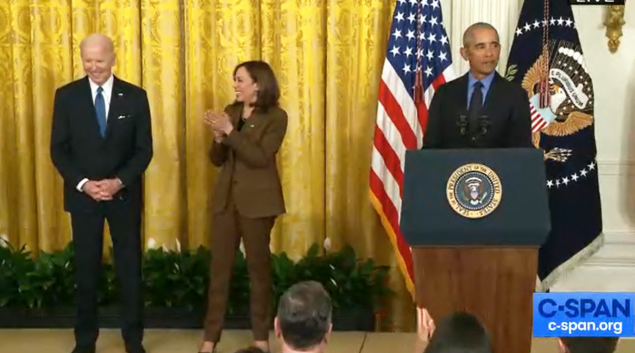 Immediately after the briefing, Biden signed an executive order to strengthen the Affordable Care Act through such actions as an extension of the HealthCare.gov open enrollment season by a month and through facilitating the expansion of Medicaid in Missouri and Oklahoma to individuals who earn below 138 % of the federal poverty level. Twelve states have not expanded Medicaid benefits.

Biden, who was vice president under Obama, marked the 12th anniversary of President Obama signing the ACA into law on March 23, 2010.

Nothing made him prouder than passage of the ACA, Obama said.

“I intended to get healthcare passed, even if it cost me reelection,” he said. “Which for a time, looked like it might.”

He added, “The ACA is an example of why you run for office in the first place.”

Biden said, “The ACA has been called a lot of things, but Obamacare is the most fitting.”

The family glitch refers to working adults who can afford healthcare coverage for themselves through their employers, but who find coverage too expensive for other members of their family.

These individuals may also be ineligible for a premium tax credit for coverage under the ACA. The Treasury’s proposed rule will define affordable as coverage that costs less than about 10% of income. Individuals who have to pay more than 10% of income for family coverage will be eligible to receive financial help under the ACA.

“Once today’s rule is finalized , working families in America will get the coverage they need … full coverage,” Biden said.

As a result, families will be saving hundreds of dollars a month and 200,000 people will gain coverage, he said.

The Treasury’s interpretation of affordability would take effect beginning January 1, 2023, in time for the next ACA open enrollment period.

Vice President Harris called upon Congress to make permanent the subsidies  in the American Rescue Plan that are lowering premiums. They are set to expire in December.

Matt Eyles, president and CEO of AHIP, said, “AHIP supports proposals to fix the ‘family glitch’ in the ACA, and affordability and access both in the employer and individual markets will remain our core values as we review this proposed rule.”

Dr. Gerald E. Harmon, president, American Medical Association, said, “With the announcement today, the Biden Administration has taken a crucial step in the campaign to cover the 5 million uninsured people who fall into the family glitch. The family glitch is inconsistent with the goals of the Affordable Care Act and unfairly penalizes family members of lower-income workers. The American Medical Association has repeatedly asked Congress and administrations to fix the glitch, and the Biden Administration has made good on its promise to make healthcare coverage more affordable.”

“The Affordable Care Act opened the doors for millions of Americans to get health insurance, but there were always concerns that the ‘family glitch’ was preventing too many from accessing affordable insurance. By strengthening this law so more families get subsidies on premiums, the White House is lowering insurance costs for many families who were left behind. This is a step in the right direction to getting all Americans the affordable coverage they need and deserve, which will strengthen the economy and better prepare us for future health emergencies,” said Heather Korbulic, senior policy and strategy lead at GetInsured.