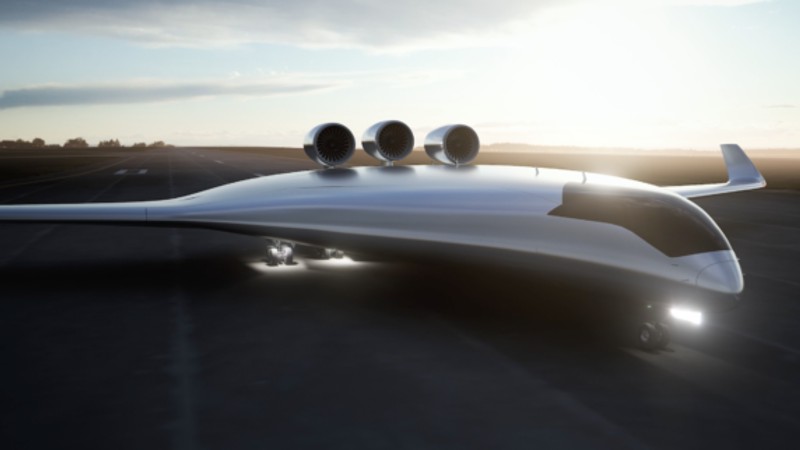 San Diego startup Natilus, which is developing huge drones to carry air freight to distant locales, says it is expanding its product development to Brown Field close to the border.

The company’s new South County site features a 12,000 square-foot hangar for assembly and testing, among other processes involved in building aircraft. The company also said in a news release that it will use the airport’s 8,000-foot runway which can manage oversized cargo aircraft.

“As the design of the prototype aircraft nears completion, we are expanding the team and facilities to move into final assembly,” said Aleksey Matyushev, co-founder and CEO, in a news release.

“Our tier one suppliers are excited about the new platform which will reduce carbon emissions, while increasing cargo volume,” he added. “On continents, such as Africa and parts of Asia, with limited infrastructure, our new 3.8T autonomous aircraft will become an essential mode of rapid and safe transportation.”

Natilus says it plans to manufacture multiple versions of its drone carrier. First is the 3.8-ton payload short-haul feeder UAV mentioned above, which will take its first flight in 2023.

The company has commitments of more than $6 billion for the delivery of over 440 aircraft. And it recently received a $900 million round of venture capital, including a $750,000 investment from famed venture capitalist Tim Draper.

Eventually according to published reports, the company plans to build a 700-ton competitor to the Boeing 777 with a 10% larger wingspan, capable of trans-Pacific flight.

The company says the drones will use existing ground infrastructure and standard air cargo containers.

The company aims to increase the air cargo industry from the current $280 billion market to $480 billion by the end of the decade.

The 35-year-old San Diego Port Tenants Association has a new name — San Diego Working Waterfront. The association, or shall we now say waterfront group, notes that the port as well as related waterfront businesses along the shoreline employ more than 44,000 people in such diverse sectors such as restaurants, ship building, cargo, sportfishing, recreation, tourism and hotels.

According to a news release, the new name highlights how the association has morphed from a small group of tenants into a group of 800 businesses along the Chula Vista, Coronado, Imperial Beach, National City and San Diego waterfronts.

And speaking of workforces…The Oceanside Chamber of Commerce’s workforce development program recently celebrated its first anniversary with the launch of a third class of students attending its women’s business incubator designed for military spouses and veterans. The program, conducted with the help of The National Veterans Chamber of Commerce and SCORE Mentors, is helping to train entrepreneurs to develop part-time or full-time businesses. The three organizations are providing training, technical assistance, mentoring, support between peers and financial information.

”Entrepreneurs are hoping that starting their own business will help them to be their own boss and take control of their destiny. “Our aim is that the women entrepreneurs will learn how to survive pandemics and recessions as well as being ‘portable,’” says the chamber’s workforce development coordinator, Victoria Carlborg.

The 126-year-old North County organization says it has plans to launch a business incubator summer camp for youth. For more information on participating as a business owner, program trainer, or event sponsor, contact [email protected]

Veterinary practice Southpaw Vet, recently opened in Civita, the new residential development in San Diego’s Mission Valley that has been built on the site of a 70-year-old quarry.

Southpaw Vet is the first for Civita. Other businesses to follow include El Tianguis Rolled Taquitos and LA Fitness. Plans call for a total of 480,000 square feet of retail, dining and other activities in the community.

IQHQ, the local commercial real estate developer with a focus on the biosciences, published its first ESG Annual Report, which reviews carbon mitigation goals for its 10-million square foot portfolio of projects in Boston, San Francisco, San Diego and the UK.

IQHQ is behind the $1.6 billion commercial building project on San Diego’s waterfront.

With entitlements secured and key foundation permits already in-hand in downtown San Diego, IQHQ says it will complete the initial phase in mid-2023.

San Diego-based hospitality group Good Time Design has been on a roll. After opening eatery Go Go Amigo last month in Liberty Station and Happy Does downtown this month, the group recently purchased Patrick’s Gaslamp Pub. Patrick’s has been operating in the Gaslamp since 1933, according to a spokeswoman.

The former La Jolla Inn re-opens as the 26-room Cormorant Boutique Hotel with a ribbon cutting on April 29. The property operated as a market in the 1940s, with hotel rooms added in the 1960s.

San Diego EV battery technology company Nuvve says it has signed an agreement with a number of other companies under the auspices of the Department of Energy  to bring new technologies to the market that provide stored electric power and related services to the grid. According to a news release, Nuvve says its technology makes electric vehicle fleet ownership and operation much more affordable as they are able to sell stored, but unused power back to the grid.

Finally…WalletHub has released yet another study, just in time for Small Business Week starting on May 1.

WalletHub compared the relative startup opportunities that exist across the county. The report used 20 key metrics, ranging from the five-year business-survival rate to the percentage of residents who are now vaccinated against Covid-19 to office-space affordability.

Based on those metrics, San Diego was way down the list, ranking no. 70. Chula Vista came in at no. 91.

The best city to start a business was Orlando. Miami was No. 2.

“The past few years have been one of the toughest times ever for business owners in the U.S. due to the COVID-19 pandemic,” the study noted. “Conditions in the U.S. are improving now that the country has mostly reopened and many people have gotten vaccinated, but many business owners are having trouble finding new employees.”

Tom York is a Carlsbad-based independent journalist who specializes in writing about business and the economy. If you have news tips you’d like to share, send them to [email protected]