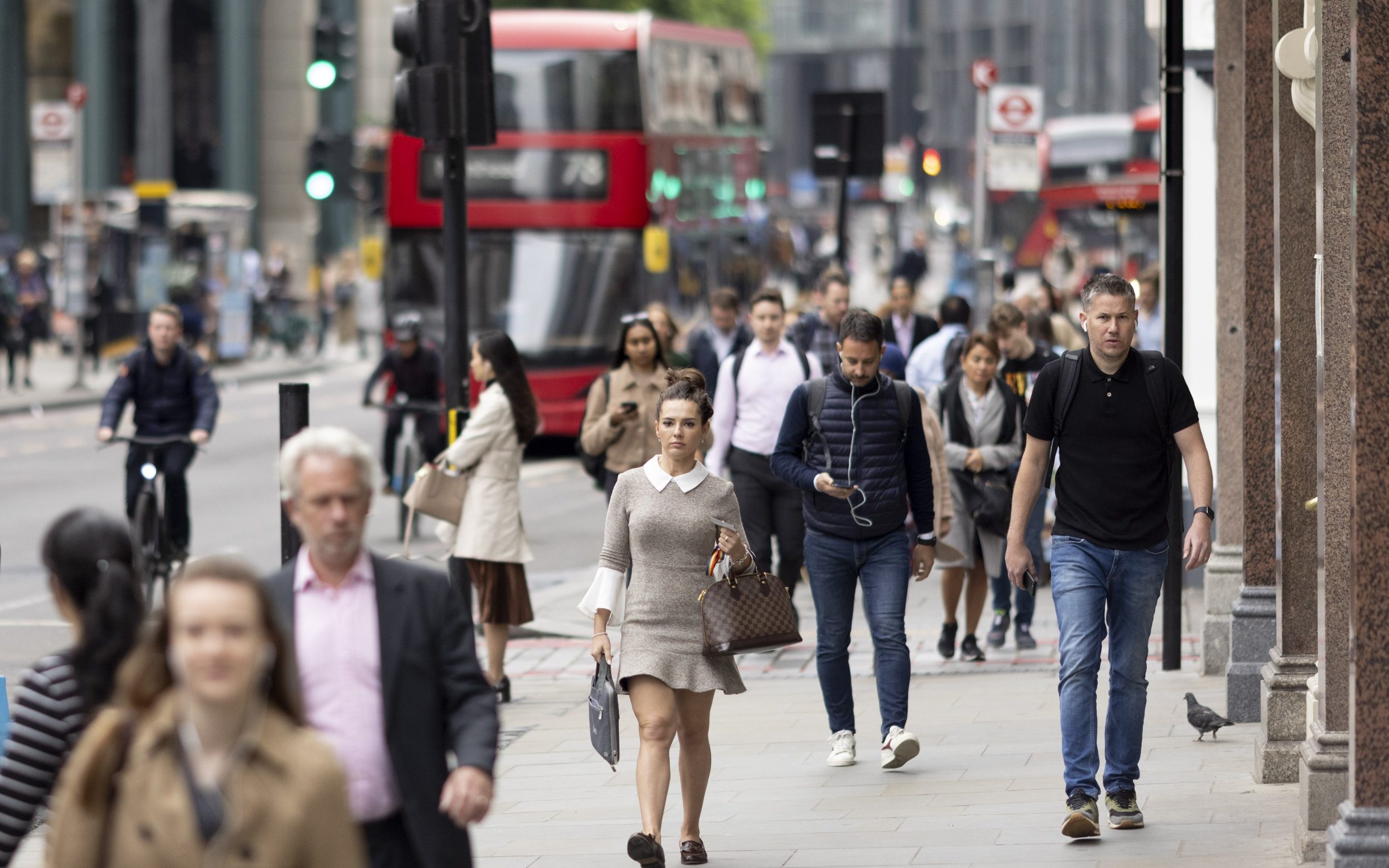 From next month the city-focused chain will add cheaper items to its shelves, such as cheese twists and pastel de natas, as it looks to compete with the likes of Greggs and expand outside of the capital.

Chief executive Pano Christou, who told Bloomberg about the plans last month, said demand in London financial hubs is as much as 80pc lower on Fridays than in the middle of the week while sales in London suburbs are higher than pre-pandemic levels and transactions in Yorkshire are soaring. Having been burnt by its “follow-the-skyscraper” strategy during Covid, the London stalwart is looking elsewhere for growth.

But people tend to enjoy coming into the office when they do so. The study published today by the Policy Institute and King’s College London shows that people feel much more connected to others when they go into a workplace.

Among those who said they are experiencing positive impacts from home working, eight in 10 cited avoiding the daily commute as a key reason for their improved circumstances.

Transport chaos in recent weeks will have put people off from going into the office, with the return to work after the Jubilee bank holiday weekend derailed by a major Tube strike on Monday. Richard Burge, boss of the London Chamber of Commerce and Industry, complained that the strike forced Transport for London to recommend that Londoners work from home, which “will only harm London’s economy”.

Although surprised by the consensus that most people regardless of age and seniority are in favour of home working, Mr Kleinman believes London will thrive regardless of whether these behaviours turn out to last the test of time or not.

“London and other major cities have grown and prospered because of the importance of ‘agglomeration economies’ – that is, the benefits of proximity, connectivity and serendipity, crowding together talent, ideas, meeting places and institutions. That isn’t going to go away.”