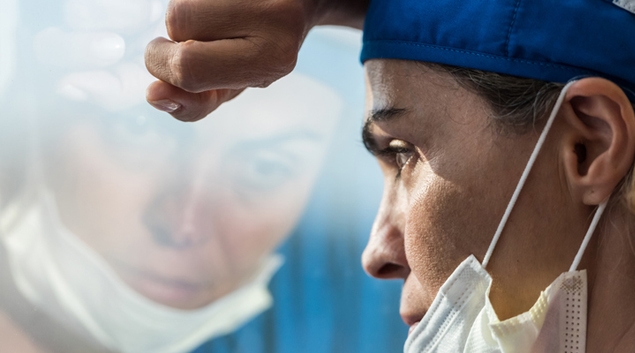 The COVID-19 pandemic may be the deadliest viral outbreak the world has seen in more than a century. But statistically, such extreme events aren’t as rare as we may think, according to a new analysis of novel disease outbreaks over the past 400 years.

The study, appearing in the Proceedings of the National Academy of Sciences, used a newly-assembled record of past outbreaks to estimate the intensity of those events and the yearly probability of them recurring.

It found the probability of a pandemic with similar impact to COVID-19 is about 2% in any year, meaning that someone born in the year 2000 would have about a 38% chance of experiencing one by now. And that probability is only growing, which the authors say highlights the need to adjust perceptions of pandemic risks and expectations for preparedness.

The findings have implications for the healthcare industry, suggesting that another wide-scale pandemic could strain hospital staffs and resources much as COVID-19 has done. That will necessitate better preparedness, as the beginning of the current pandemic was marked by overstuffed emergency rooms and shortages of equipment such as ventilators and personal protective equipment.

The study, led by Dr. Marco Marani of the University of Padua in Italy, used new statistical methods to measure the scale and frequency of disease outbreaks for which there was no immediate medical intervention over the past four centuries.

The analysis, which covered pathogens including plague, smallpox, cholera, typhus and novel influenza viruses, found considerable variability in the rate at which pandemics have occurred in the past. But they also identified patterns that allowed them to describe the probabilities of similar-scale events happening again.

In the case of the deadliest pandemic in modern history — the Spanish flu, which killed more than 30 million people between 1918 and 1920 — the probability of a pandemic of similar magnitude occurring ranged from 0.3% to 1.9% per year over the time period studied. Taken another way, those figures mean it is statistically likely that a pandemic of such extreme scale would occur within the next 400 years.

But the data also shows the risk of intense outbreaks is growing rapidly. Based on the increasing rate at which novel pathogens such as SARS-CoV-2 have broken loose in human populations in the past 50 years, the study estimates that the probability of novel disease outbreaks will likely grow three-fold in the next few decades.

Using this increased risk factor, the researchers estimate that a pandemic similar in scale to COVID-19 is likely within a span of 59 years, a result they write is “much lower than intuitively expected.” They also calculated the probability of a pandemic capable of eliminating all human life, finding it statistically likely within the next 12,000 years.

That’s not to say there will be a 59-year reprieve from a COVID-like pandemic. Such events are equally probable in any year during the span

The findings are sobering for the healthcare industry, as it has finally shown signs of slow and steady improvement when it comes to bouncing back financially from the current pandemic.

The June Kaufman Hall Flash Report is testament to how far that recovery has come, with volumes and margins both increasing compared to 2020. Total expenses and revenues rose above both pandemic and pre-pandemic performance.

Patient volumes – outpatient volumes in particular – were up, but hospitals are still operating on narrow margins, the data showed. The median hospital margin index was 2.6% in May, not including federal CARES funding. With the funding, it was 3.5%. The median operating EBITDA margin for the month was 7.2% without CARES and 8% with CARES.