ST. LOUIS — Dozens of eyes were locked on Christal Rogers, as she stood onstage at Sheldon Concert Hall and Art Galleries, and held up a $10 bill. Any of the dozens of young people watching could claim the cash, she said.

But they had to recite the six steps to starting a new business.

The group was gathered for a three-day workshop held by Brownpreneurs, a St. Louis-based nonprofit that aims to nurture the next generation of diverse entrepreneurs.

Saddiyyah Phillips, 21, of St. Louis, was attending the summit for the second time. After she left last year’s workshop, she started writing a business plan for a clothing line for African American women called “Melanin Within.”

She wants her business to celebrate culture and boost people’s self esteem. “I can inspire so many people to be themselves,” Phillips said.

Each of Rogers’ students had to get up on stage and speak about one of the entrepreneurs they studied. Some, nervous about public speaking, giggled, or covered their faces.

But Denia Adams, 18, of St. Louis, spoke loud and clear, focusing on the African American artist Charly Palmer. It was Adams’ second year attending the workshop, which has encouraged her to “get out of my shy zone,” she said.

Adams, a recent graduate of Metro Academic and Classical High School who will attend Clark Atlanta University in the fall, found Brownpreneurs through the work and training nonprofit STL Youth Jobs. She said she wants to start a business selling satin hair products, like scarves, bonnets, pillowcases and scrunchies.

Rogers founded Brownpreneurs in the summer of 2019, and the annual teen summit is the nonprofit’s main event. The first was held virtually in 2020.

The programs are available to students ages 14 to 21, free of charge. They’re funded through donations, sponsors and grants.

Rogers started her first company, a professional organizing business, when she was a sophomore in college. She later started an event planning company, but shut it down after realizing she had marketed it too broadly. It’s a mistake she now talks about with her students, to teach the importance of having a well-defined target audience. She rebranded the company, now called “CR Events,” and focused specifically on events and marketing for small- to medium-sized businesses.

Growing up in Berkeley, Rogers always knew she wanted to be an entrepreneur. But it was hard to find the resources and information she needed to start a business.

“There were no programs like this when I was younger … I really feel like I had to beg people to give me the information, and teach me what I didn’t know,” Rogers said. “I really wanted to give students the support I never had.”

Get the latest local business news delivered FREE to your inbox weekly. 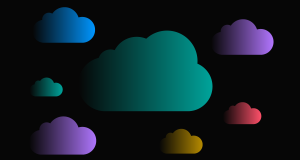