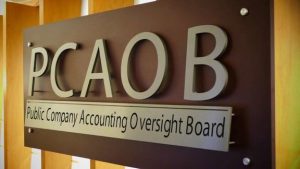 On Monday, the Public Company Accounting Oversight Board (PCAOB) approved the formation of a new advisory group that will include stakeholders outside of the audit profession. The board unanimously approved creating an 18-person standards advisory group (SAG) that will include investors, audit committee members or directors, financial reporting oversight personnel, and academics.

“Financial reporting oversight personnel” are “persons who have direct or indirect responsibility for the preparation of financial statements of public companies, brokers, or dealers,” the SAG charter says.

Among other things, the SAG will advise the PCAOB on:

“Building on our concerted effort to improve our outreach over the last several years, we are now taking the PCAOB’s engagement to a higher level by creating a new, more effective structure for the board to receive advice from our stakeholders on key PCAOB initiatives,” said PCAOB Chairman William D. Duhnke III.

PCAOB Board Member Megan Zietsman said that while advisory groups are one way for the PCAOB to hear from stakeholders, “public meetings of large groups may not be the most effective way to hear or understand the views or concerns of all important stakeholders on specific matters. … I think the smaller group will allow for more meaningful participation by individual members, and in particular, investors.”

In recent years, the PCAOB has been accused of being too close to the industry it oversees and too lenient on the Big Four in particular.

The 18-person SAG will consist of five representatives from the investor community, four audit professionals, and three seats each for audit committee members or directors; financial reporting oversight personnel; and academics and others with specialized knowledge. The SAG members will serve two-year terms.

The PCAOB will soon announce a call for nominations to the SAG and provide details on the nomination process. Once the hoard has selected the members, “we expect to assign immediately one or more tasks to them,” said Duhnke.