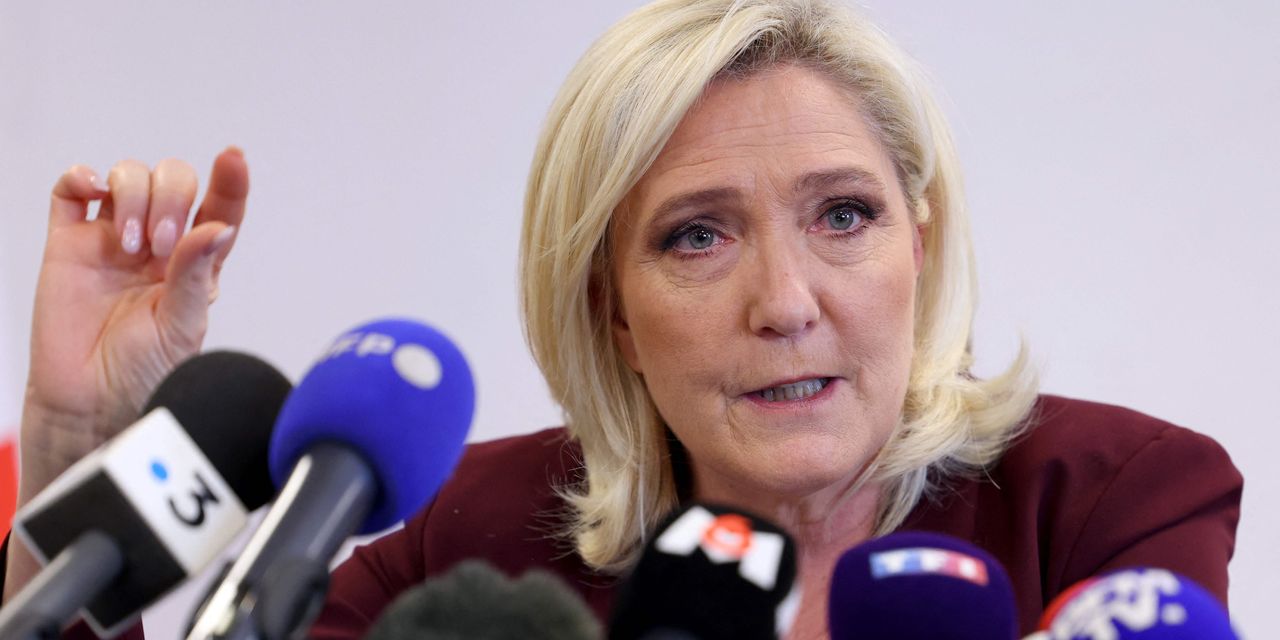 PARIS—Far-right leader Marine Le Pen vowed to carry out an overhaul of France’s legislative and electoral systems if she wins France’s presidential election, accusing President Emmanuel Macron and the country’s political establishment of taking advantage of current election laws to consolidate power and defy the will of the public.

Speaking in her first news conference since qualifying for France’s April 24 presidential runoff, Ms. Le Pen said she planned to govern by holding a series of referendums on France’s political system. One referendum, Ms. Le Pen said, could ask voters to legally enshrine her push for elections to apportion at least two thirds of the seats in France’s Parliament according to proportional representation rather than the country’s current two-round voting system.