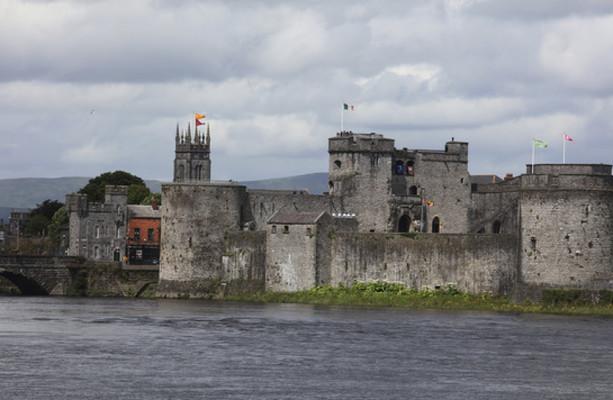 KING JOHN’S CASTLE in Limerick is now state-owned after the Shannon Group transferred the ownership to Limerick City and County Council yesterday.

Ownership of the castle was officially transferred yesterday, with an agreement being signed by both Shannon Group and Limerick City and County Council.

Transport Minister Eamon Ryan said that the transfer would allow the Shannon Group to focus on the recovery of Shannon Airport while leaving the castle to contribute to Limerick’s tourism.

“This transfer will safeguard the valuable contribution the Castle makes to the local economy and region and will provide continuity of employment for the 14 staff who will transfer with the business,” said Ryan.

“The transfer will also allow Shannon Group to focus on the continued recovery of Shannon Airport, which is particularly important given the economic contribution it makes to the whole Midwest region.”

The transfer was also welcomed by the Minister for State at the Department of Transport, Hildegarde Naughten, who said that the castle could now “fully realise its potential as an integral element of Limerick’s tourism offering”.

Local Government Minister Darragh O’Brien said that local authorities getting more involved in economic development and tourism will be beneficial to recovery after Covid.

“The expansion of local authorities into new and dynamic roles such as economic development and tourism promotion has been beneficial as we emerge from the Covid emergency,” said O’Brien.

No news is bad news
Support The Journal

These attractions include Bunratty Castle and Dunguaire Castle.