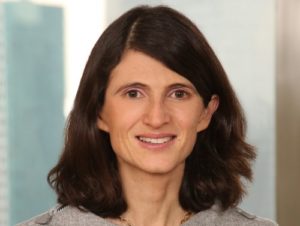 Swiss bank UBS has named JPMorgan Chase veteran Sarah Youngwood as its next CFO, adding a woman to its executive board as it seeks to promote diversity.

Youngwood will replace Kirt Gardner when he steps down in May 2022 to “pursue other opportunities,” UBS said. She has worked at JPMorgan for 24 years, most recently as finance chief for consumer and community banking since 2016.

According to Reuters, Youngwood’s move to UBS is “a rare female appointment in the highest echelons of European banking.” She will join three other women on the 12-member board.

Hamers has said that adding gender and ethnic diversity at the bank is a priority. Only 8% of the chief executives of European credit and investment institutions are women and only one-fifth of the positions on management bodies of Europe’s largest banks are held by women, according to the European Central Bank.

Since 2020, Youngwood’s role has included leading finance for JP Morgan’s global technology unit, as well as its diversity & inclusion team. In October, Hamers said UBS would launch a digital investing platform in the United States for customers with between $250,000 and $2 million in assets, down-market from its current client base.

Youngwood, who has joint French-U.S. citizenship, joined JPMorgan in 1997 as an analyst, serving as head of investor relations before her promotion to CFO of consumer and community banking.

Gardner joined UBS in 2013 and was named CFO and a member of the board in January 2016. According to The Wall Street Journal, he played “a key role in UBS’s revival of its fortunes from financial-crisis basket case to global wealth manager serving billionaires.”

“He was instrumental in managing and maintaining the firm’s strong financial position and safeguarding client and investor trust through different market environments,” Hamers said.