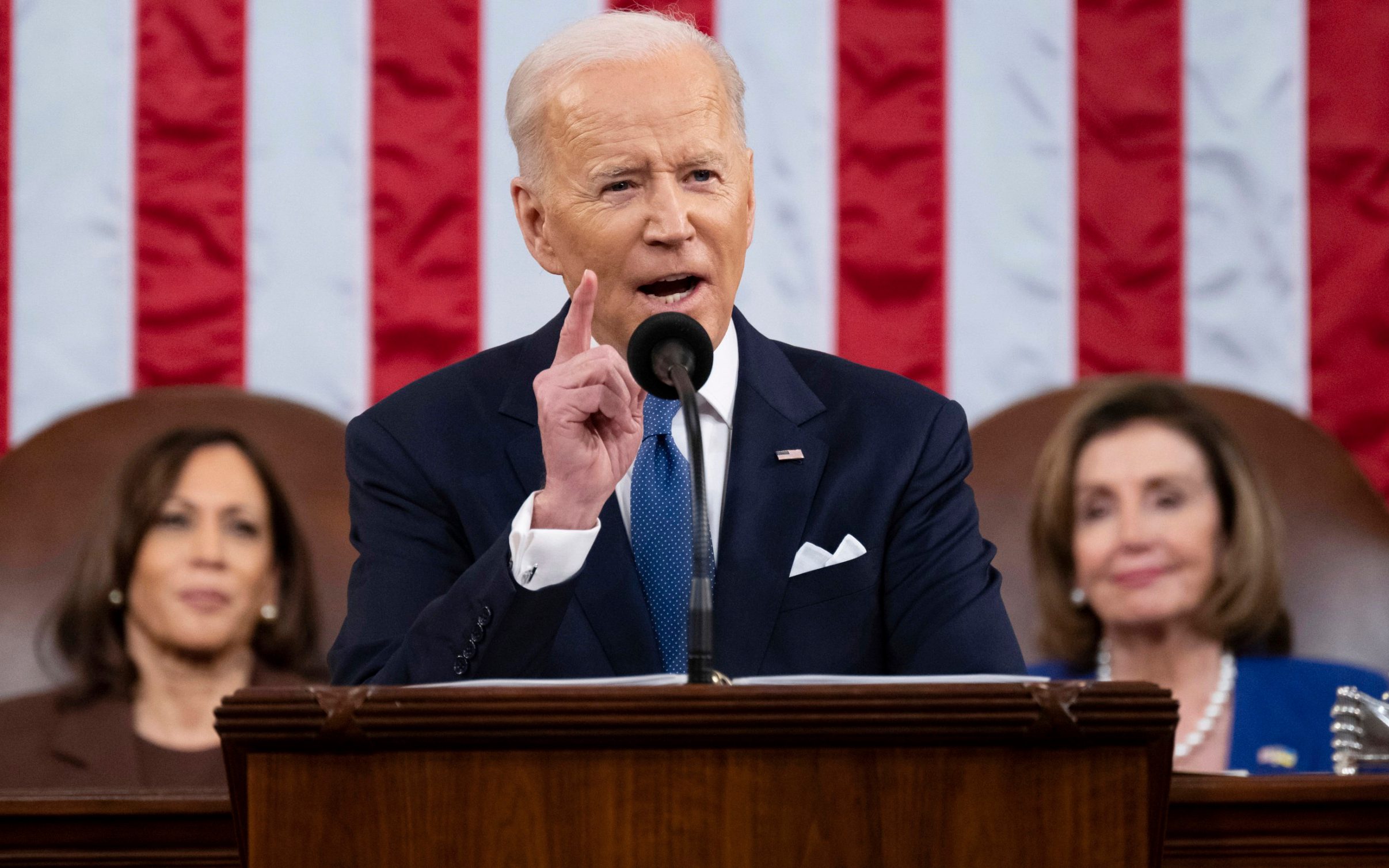 Biden’s American Rescue Plan – which the President touted throughout his speech as part of the solution to current economic pain – has pumped an additional $1.9 trillion into the real economy, adding to the inflationary pressures that were already building due to the act of turning economies worldwide off and then on again in response to Covid.

And that was just one piece of legislation. Overall, federal spending in America increased by nearly 50pc between 2019 and 2021, reaching a staggering $6.8 trillion last year.

Couple that with a fast-turning money printing machine – which saw the US do more quantitative easing in the past two years than it had done in eight years between the financial crash and the pandemic – and, no surprise, you’ve got yourself a price spiral.

Of course government action isn’t the only factor in America’s cost of living crisis. Inflation is being felt acutely here in the UK, too. Countries across the world are having to navigate shortages, supply chain crunches, and the slow return of global connectivity that played such an important role over the past few decades in driving prices down.

This is why Biden’s other solution – to further adopt a “buy American” policy – doesn’t inspire much confidence either. No doubt the idea of more jobs and more investment in American production will appeal to plenty of voters, but this is not a solution to the inflation crisis: products made in the US will inevitably come with bigger price tags, as the cost of labour is comparatively much higher.

There is also a mismatch between Biden’s desire to bring the free world together and his refusal to promote free trade, which underpinned US alliances during the Cold War.

Perhaps the biggest difficulty for Biden is what is realistically in and out of his control. The Federal Reserve sets interest rates, and with little appetite for a major hike, it’s difficult to see how headline inflation plateaus anytime soon.

And what Biden does have control over, he is loath to touch. The US Energy Information Administration predicted that half of households would see energy bills rise by 30pc this winter, and that was before any talk of economic sanctions against one of the world’s key suppliers of oil.

America has the resources to secure its own supplies, but that would require a serious pivot back to fracking: a topic that would radically divide Biden’s Democratic party further, between the more moderate wing and the progressive, green alliance.

It remains dubious, then, that Biden’s recent leadership in foreign affairs is likely to offset the serious economic problems that continue to brew back home. None of that takes away from his handling of the Ukrainian crisis so far – but nor does it guarantee that all else is forgotten.

Kate Andrews is economics editor at The Spectator