Is fibre the future of UK internet infrastructure? 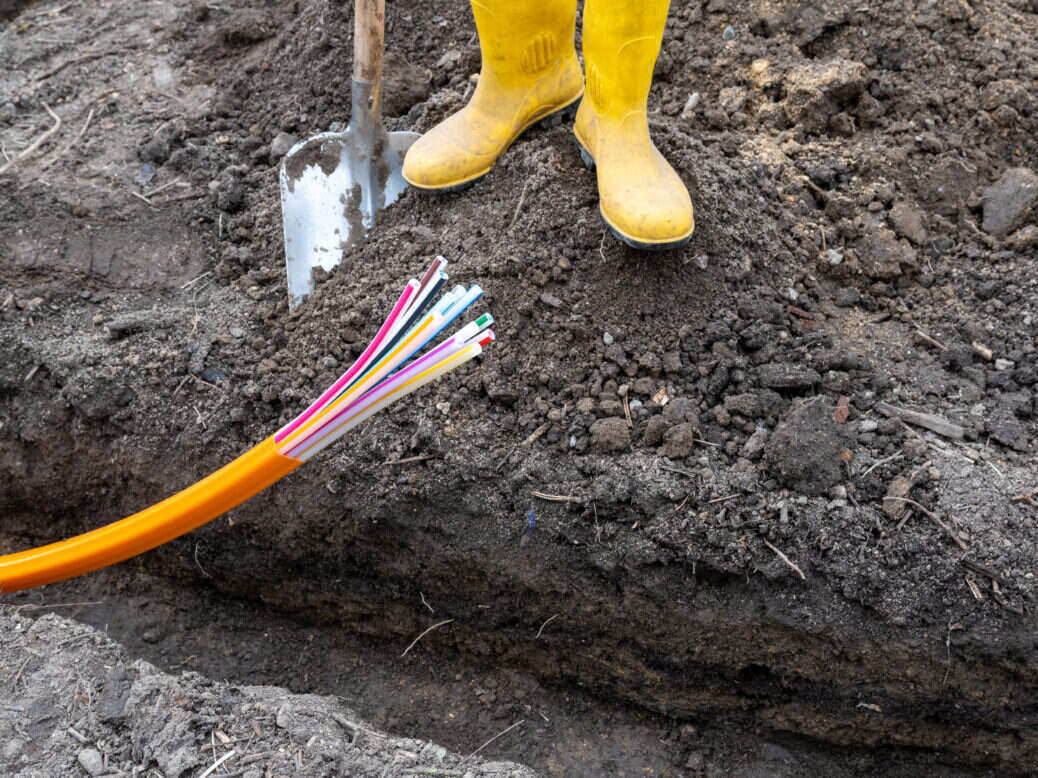 Existing UK internet infrastructure will not be able to support future demand for connectivity, new research says. Though higher bandwidths could be achieved using the current copper wiring, urgent investment is needed in technologies such as fibre broadband to futureproof networks, the team behind the paper argues.

Published in the journal Nature Communications, the study by researchers at the University of Cambridge and BT established the maximum speed at which data can be transmitted through copper cables. While this speed is faster than anything currently on offer from broadband providers, it will not be able to support the long-term ambitions of the UK government to deliver gigabit connections to every home and business.

Currently “twisted pair” copper cable connections reach every house and business in the UK, while full-fibre internet is only available to around one in four UK households. In total, 47% of households in the UK have gigabit-capable broadband coverage.

Providing gigabit broadband connections to every household by 2025 was one of the current government’s manifesto promises when it was elected in 2019. However, the recent ‘levelling up’ white paper, released in February, revised this target to 2030.

The twisted pair is where two conductors are twisted together to improve immunity against noise and to reduce electromagnetic radiation and interference. The researchers began by looking at ways this existing cabling could operate at higher frequencies, using “surface waves”, to see if it would deliver higher bandwidth using existing infrastructure.

“We thought it could be a way to leverage all the existing infrastructure and provide data rates beyond what even fibre might be able to provide,” says Dr Eloy de Lera Acedo, one of the researchers from the Cavendish Laboratory. “So that is how we started actually looking at this alternative way of using the twisted pair cables.”

Using a combination of experiments and computer modelling, the team determined that existing copper infrastructure could carry a maximum frequency of around 5GHz above the currently used spectrum, which is lower than 1GHz.

This extra bandwidth could push data rates on the copper cables above several Gigabits per second, but only over a short distance of about 100m, the research says. Fibre cables, by contrast, can carry hundreds of Terabits per second or more, and maintain the speed over longer distances.

But the benefits of fibre come at a high cost, and removing all copper wiring from the network quickly is impractical. “Internet service providers have been switching existing copper wires to high-speed fibre-optic cables, but it will take between 15 and 20 years for these to reach every house in the UK and will cost billions of pounds,” says Dr Ergin Dinc, co-author of the paper. “While this change is happening, we’ve shown that existing copper infrastructure can support higher speeds as an intermediate solution.”

Squeezing faster internet speeds out of existing infrastructure could therefore be a useful stopgap measure which fibre network investment continues, particularly for rural and remote areas.

“No one had really looked into the physical limitations driving the maximum internet speed for twisted pair cables before,” says Dr Dinc. “If we used these cables in a different way, would it be possible to get them to carry data at higher speeds?”

The researchers argue that changing the transmitter and receiver devices, which the copper cable attaches to, enabled faster internet speeds up to in the 5GHz band. Making this change on the networks would require “modest investment” compared to that required for installing fibre, and could mean that larger companies and policymakers could make the decision to spread the cost of moving to fibre while still providing up to 5 GHz broadband.

The researchers say their results underline just how important it is that government and industry work together to build the UK’s future digital infrastructure. As it stands, Northern Ireland leads the UK in residential high-speed broadband availability, which includes full-fibre (71%) and gigabit-capable broadband (76%).

Across the UK, small businesses have good access to high-speed broadband, but are slow to take up gigabit broadband.

Is fibre broadband the future of UK internet infrastructure?

The research paper reinforces views that are widely held in the telecoms industry about the transition to fibre, says Emir Halilovic, principal analyst, telecom, technology and software at research company GlobalData.

“Copper is an obsolete medium for transmitting or carrying broadband,” he says, adding that telecoms companies have been “trying to extract as much capacity from copper as they could because it was already in the ground.” But, he says, “they have reached the end of the line”.

Halilovic is sceptical that copper cable can use the 5 GHz frequency in real-world settings, but says that the future of internet connectivity in the UK doesn’t need to be powered by fibre broadband alone. Gigabit connections can be achieved “with coaxial cable or millimetre-wave fixed wireless access,” he says.

Indeed, wireless broadband delivered via satellite may end up being an important part of the equation. Elon Musk’s SpaceX has already deployed its Starlink satellite constellation to provide high-speed, low-latency broadband, while other companies such as OneWeb, which the UK Government has a 33% stake in, are building similar constellations.