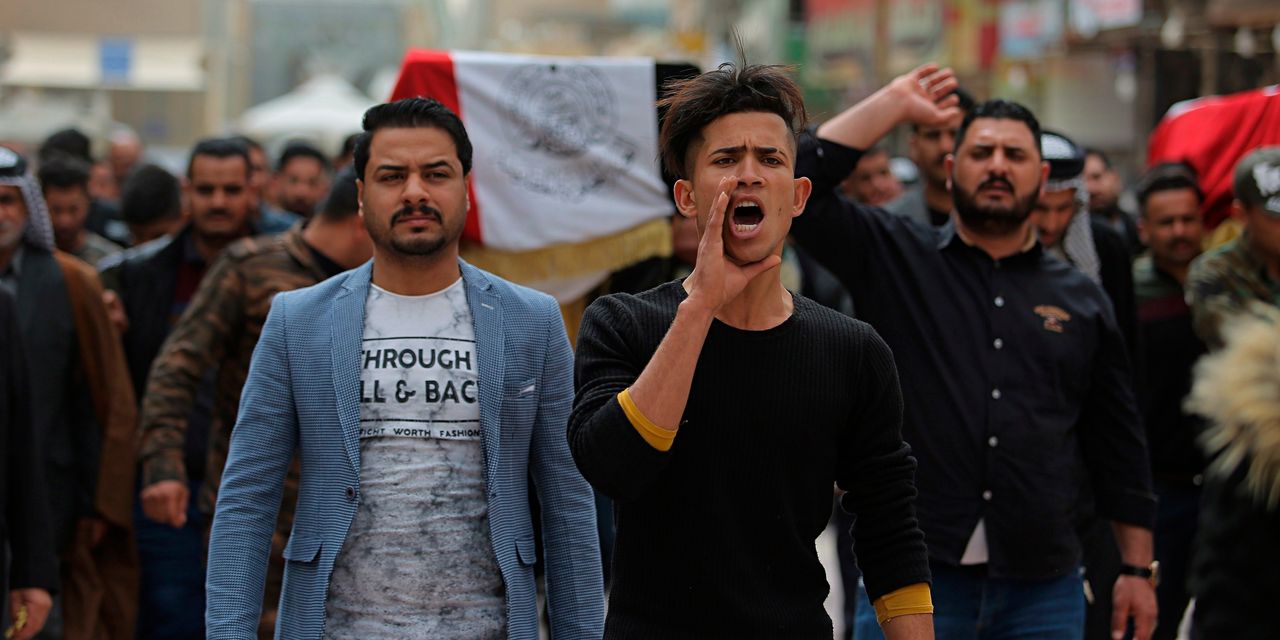 BAGHDAD—Rockets struck an Iraqi base housing American troops on Saturday, lowering any expectations of de-escalation after U.S. strikes on an Iran-backed militia in response to the killing of two of its troops at the same base this week.