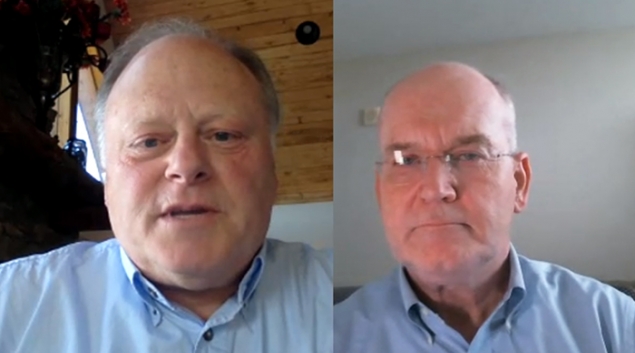 The goal of the interoperability rules is to move the healthcare system from an environment built by providers and payers to one in which patients are in control, according to Dr. Don Rucker, head of the Office of the National Coordinator for Health IT, during a HIMSS20 Digital session Thursday with HIMSS CEO and President Hal Wolf.

“What the goal really is, is to give patients electric modern software control of their medical care, of their chart and of their information,” said Rucker to the more than 500 listeners on the call. “To use a nerd word, it’s to give the patient agency.”

This is a move away from patients being subject to a combination of what large payers and providers have negotiated, he said, adding, in healthcare, patients have been made subject to the desires of others.

“This is a way to give patients the consumer power that they have in the rest of their lives,” Rucker said. “This is the only area where adults basically aren’t really allowed to make decisions on an ongoing basis.”

This means patients should be able to access their health information on their smartphones, the way they access all other information.

The rules mandate that providers and payers give patients access to their medical records and claims data through API-enabled third-party applications. They ban data blocking by keeping information siloed and force the secure sharing of data.

Medicare, Medicaid, and CHIP health plans, as well as those sold on the federal exchanges, will also need to grant electronic access to patient claims data.

“The patients have a right to that data. That is not something to be guarded, given out; it is the patients’ data for the patients to control, to move as they desire, rather than being purely under the control of providers and payers,” Rucker said. “This is I think a major step in getting the public in and it’s truly a step in a 21st century way, because it is driven not by the built environment, but by information.”

The move to put patients at the center of their healthcare information, and to move away from what Rucker called provider and payer control, has met with some resistance from these groups.

After the ONC and CMS gave extensions to rule implementation due to providers and payers responding to the COVID-19 crisis, AHIP said it appreciated the additional time, but that it expected more time would be needed “given the magnitude and anticipated duration of the challenges.”

On April 21, AHIP said, “At the same time, our underlying concerns remain. We are seriously concerned that patient privacy will still be at risk when healthcare information is transferred outside the protections of federal patient privacy laws. Individually identifiable healthcare information can readily be bought and sold on the open market and combined with other personal health data by unknown and potentially bad actors. Consumers will ultimately have no control over what data the app developers sell, to whom or for how long.”

The American Hospital Association said, “While health IT tools are essential for building the care system of the future, and hospitals are making significant ongoing investments, too often, the tools are expensive, unwieldy and do not yet support easy information sharing. The current inability for electronic systems to speak the same language to one another and to efficiently and correctly transmit information – to be interoperable – is among the most pressing issues facing healthcare stakeholders today.”

The AHA asked for additional comment time, and got it. On April 19, the Department of Health and Human Services announced it would extend the public comment period by 30 days for the regulations aimed at promoting the interoperability of health information technology and enabling patients to electronically access their information. The new deadline is June 3.

The release of the long-awaited interoperability final rules from the ONC and the Centers for Medicare and Medicaid Services came right on the heels of the acceleration of the coronavirus pandemic nationwide.

They were released on March 9, coinciding with what would have been the second day of HIMSS’s global conference in Orlando, Florida. HIMSS is the parent company of Healthcare Finance News.

Six weeks later, due to COVID-19, ONC and CMS gave flexibility on some dates of enforcement. The clock formally starts Friday, May 1.

Interoperability rules became possible because of supercomputers and smartphones. Ten years ago, it would not have been possible, Rucker said.

The rules and technology will spur the next innovation.

“I believe an entire ecosystem will build out of that,” Rucker said.

A lot of biology will come in through smartphones, APIs and automation and will help usher in the age of looking at the body through information flows, such as having blood tests for virtually everything in the body.

“Those of the things that are going to drive massive virtualization,” he said.

The ONC is currently trying to accelerate a change in automation, Rucker said. EHRs have largely been built in response to billing and other incentives, but there’s a need for automation in other areas of healthcare.