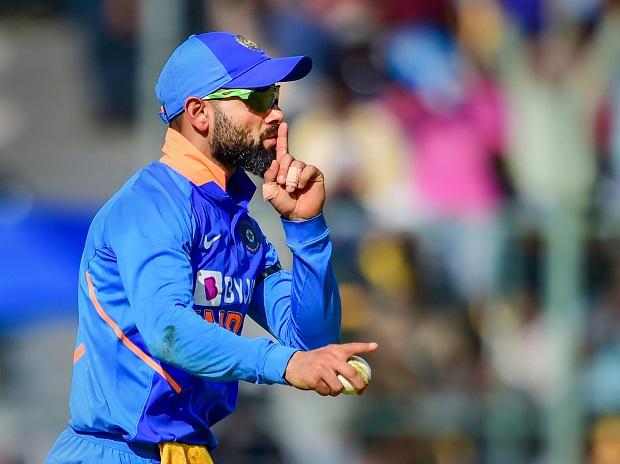 India’s Virat Kohli reacts as he celebrates after taking a catch for the dismissal of Australia’s Marnus Labuschagne during the third and final ODI cricket match, at Chinnaswamy Stadium in Bengaluru. Photo: PTI