In times of crisis, we need to be more resilient 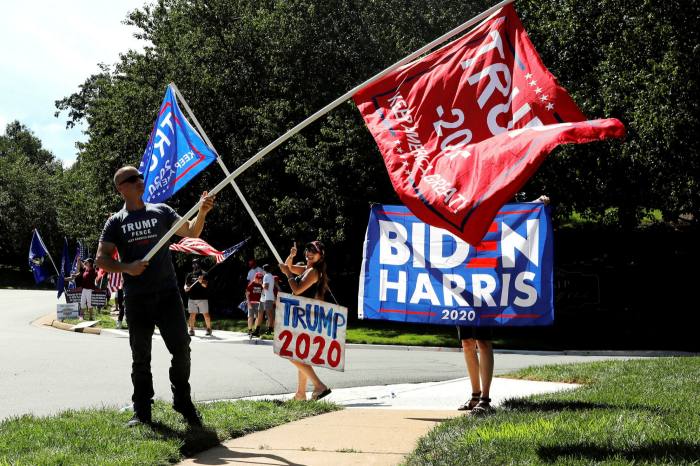 In 2016, Roger Martin bet his friend Jonathan Haidt, the social psychologist, $10,000 that Donald Trump would win the presidential election. He makes clear he did not vote for the Republican candidate, “but I’m a strategy guy and I thought the strategy of Hillary [Clinton] was horrible. And the strategy of Donald Trump was brilliant”.

Four years on, the management thinker — who was born in rural Canada, but now lives in south Florida — has an even bigger bet on November’s poll: that whoever wins will enact Prof Martin’s agenda to “save American democratic capitalism” and shift the US away from what he sees as its damaging obsession with ever greater efficiency.

He concedes it is more likely that the progressive wing of the Democratic party would take up his ideas than a second-term President Trump would. But he sounds as sceptical about Joe Biden’s approach as he was about Mrs Clinton’s. “I’m not very approving of the Biden strategy, for what it’s worth. But we shall see.”

The coronavirus pandemic has given an additional impulse to Prof Martin’s argument, outlined in his new book When More Is Not Better, that efficiency needs to be balanced by resilience.

“During times of tumult, I think people are open to trying and doing different things,” he says in a video interview. “The idea of resilience [has] got to have more credibility now than it had a year ago, because we really got hit hard by not being resilient.”

Prof Martin, 64, has the balding pate and rapid stop-start delivery of a cartoon brainbox. His new book starts with a long, sometimes quite theoretical, comparison of Gaussian (bell curve) and Pareto (“power law”) distributions. It shows how attempts to treat the economy as a “perfectible machine” rather than a “complex adaptive system” have, over time, skewed economies towards monopolies, monocultures and self-perpetuating wealth.

But over a long academic career, at Harvard Business School and then as dean of Toronto’s Rotman School of Management between 1998 and 2013, Prof Martin has tried to stay rooted in the pragmatic realities of business and education. His ideas draw, for example, on his work as a consultant, as a member of the board of the Good Jobs Institute, which aims to create better jobs, particularly in retailing, and as director, until last year, of the Martin Prosperity Institute, a Rotman think-tank.

The Institute ran a six-year project, starting before President Trump’s election, interviewing ordinary Americans about their experience of democratic capitalism. It found they were disillusioned that the old formula for economic success was not working for them and that they were disengaged from politics.

In seeking solutions to that collapse in prosperity and confidence, Prof Martin deliberately looked for “do-able” ideas that had already been tested, from Aristotle’s pursuit of a balanced and virtuous “golden mean” between opposing vices, to the EU’s approach to tackling dominant technology companies.

“People just don’t like to be the first to try something and be experimental,” he says. He also proposes starting with small steps. For instance, as citizens, he says we should shift some of our shopping away from potential monopolists such as Amazon to local retailers, to counter the national tendency towards Pareto outcomes, where the big just get bigger. “If you put the burden on anybody to take big, bold, scary steps, you know, good luck to you there. They’re just not going to do it.”

Even so, he concedes that to shift economies away from the habits of efficiency will require collective action.

The environmental crisis is creating some shared momentum towards more resilient economies. It is the most obvious example of how today’s business graduates, who want to work only for companies with a sustainability agenda, differ from business students in the late 1990s, whose response to environmental questions was “Yeah, whatever”.

The human instinct to seek a simple solution — based on a single, measurable target, such as the exclusive pursuit of shareholder value — will be hard to override. Prof Martin blames business schools for encouraging an efficiency-based approach, based on an “analytical, tool-based, doctrinaire” curriculum. They are “spewing out people who believe that data analytics is a solution to all kinds of problems”.

Is Prof Martin using the book to atone for the role consultants and management professors like him have played in the crisis of democratic capitalism? Unsurprisingly, he rejects the idea.

He points, for instance, to his work advising business leaders who shunned reductionist efficiency programmes, such as AG Lafley, Procter & Gamble’s former chief executive, Jim Hackett, outgoing chief executive of Ford, and Jorgen Vig Knudstorp, former head of Lego. “I don’t do cost reduction studies for companies,” Prof Martin says. “I help them figure out how to make great products or services and have employees that they treat with respect.”

He also points out that he has always looked for “integrative thinkers”, who recognise that the world is complex and not subject to simple solutions. Prof Martin acknowledges that only a minority of people approach problems in this way. But he offers a powerful suggestion to those who try to force business or politics into a template of efficiency, based on narrow targets: compare your own life, where you are constantly juggling priorities and have “since you were a thinking person”. By ignoring the reality of people’s day-to day-lives, “corporations are creating an artificial simplification”, he says.

The pandemic has exposed the stretched just-in-time supply chains of companies that tried to eliminate slack altogether. Prof Martin hopes it will prompt those efficiency-driven leaders to say: “It ain’t working, I’ve got to do something different.”

As for political change, the Martin Institute project showed that people responded more to issues that were “really local, that [they] can get [their] hands around”, rather than the dysfunction of federal politics. That is why Prof Martin places more faith in bottom-up reforms, supported by citizens at state, municipal or school board level — small steps, again, rather than giant leaps. “I guess that’s why I write stuff,” he says. “I hope that there will be some people who will say, ‘Oh, yeah, I didn’t take that into account. And if I do, then maybe I’ll tweak the next decision I make in a different way’.”

A change agenda for executives