HSBC’s biggest investor calls for bank to be split up 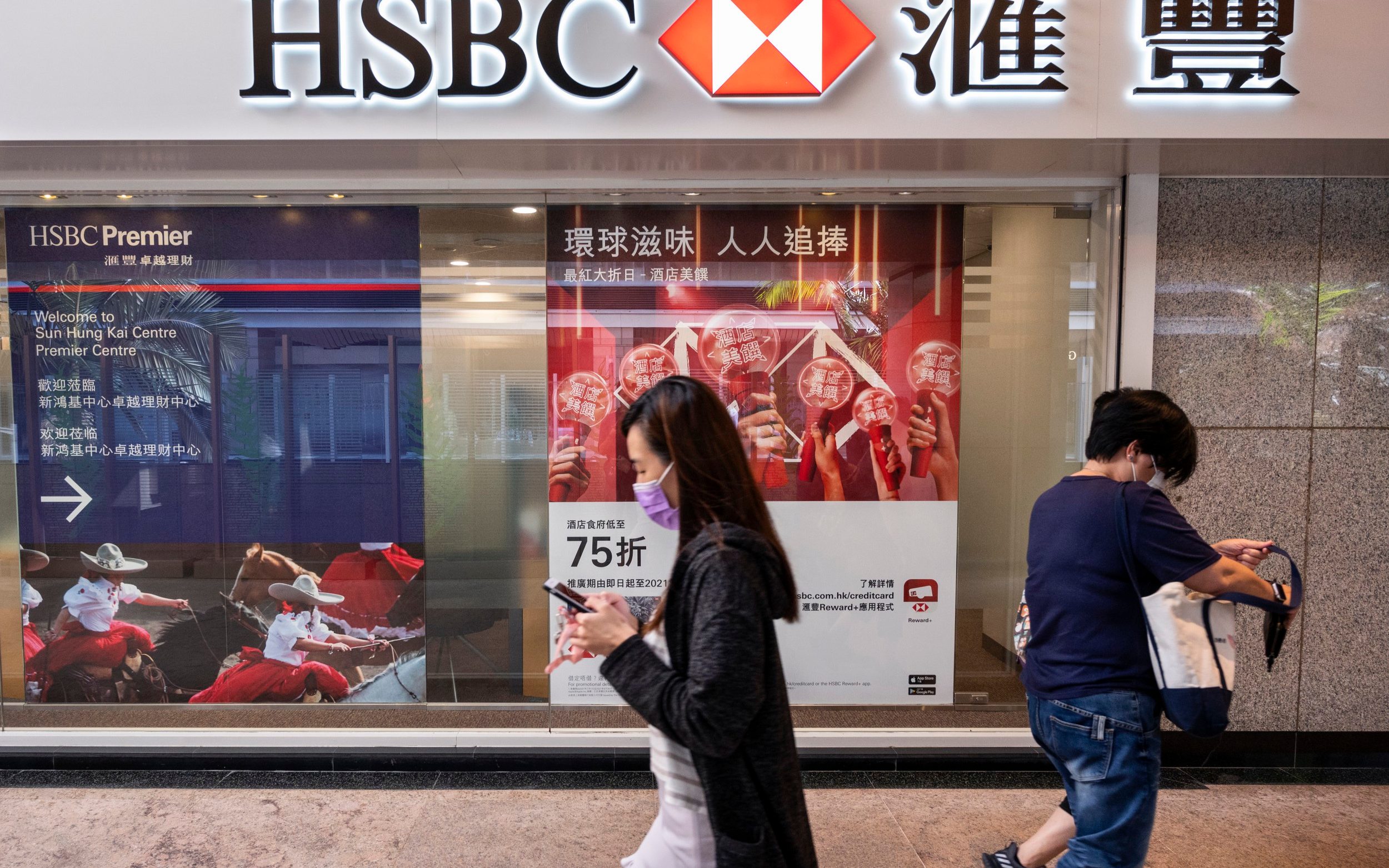 HSBC’s biggest investor has demanded that the bank split off its western business and focus on China, in the latest geopolitical tussle to rock the lender.

Chinese insurance giant Ping An, which owns 9.2pc of the business, is said to have presented the break-up plans to Mark Tucker, HSBC’s chairman, and chief executive Noel Quinn.

It would bring an end to the bank’s 157-year history as a lender straddling both Europe and Asia, leaving it to focus on its most profitable businesses in the Chinese mainland and Hong Kong.

The bank rejected the idea on Friday evening, insisting it had the “right strategy” in place already.

But the revelation will reopen debate about HSBC’s centre of power in the UK and the pressure it faces while navigating competing demands from the West and China.

The London-headquartered bank was accused by British MPs of “aiding and abetting” Beijing’s authoritarian crackdown in Hong Kong, after voicing support for controversial security laws.

Meanwhile, it has come under pressure in China for “colluding” with US authorities after passing on information about Chinese telecommunications giant Huawei’s alleged attempts to circumvent sanctions on Iran.

Ping An is said to have argued that these tensions will only grow in the coming years, the Financial Times reported, as the Ukraine conflict and other issues strain relations between Beijing and the West and force businesses to pick sides.

The Chinese insurer said splitting up the business – founded as the Hongkong and Shanghai Banking Corporation in 1865 – would allow investors to choose which parts they wanted to own and give the Asian segment more autonomy.

It is said to be particularly unhappy that pressure from British regulators, 6,000 miles away from Hong Kong, led to the cancellation of the bank’s dividend in 2020 for the first time in 75 years.

Ping An declined to comment. HSBC said it was “committed to maximising value for all our shareholders” but added: “We believe we’ve got the right strategy and are focused on executing it.

“Delivering on this strategy is the fastest way to  generate higher returns and maximise shareholder value.

“HSBC is  one of the better performing bank stocks globally over the last year.

“The most important thing for management to focus on is continuing to drive higher returns, as we have done very successfully, despite the disruptions of Covid-19.”

A senior City banking source said the situation will be particularly tricky to navigate for HSBC, which has pivoted towards China and emphasised the country’s importance under chairman Mr Tucker.

The bank, which employs more than 200,000 staff and 40 million customers worldwide, made two thirds of its profits in Asia last year and has been shifting more senior positions to Hong Kong.

This could make it more difficult for board members to argue against the logic of separating the business from the worse-performing western side.

“They are in a very tough spot,” the source added.

Persistent questions about the importance of Asia have led the bank to reconsider the location of its headquarters in the past.

HSBC was based in Hong Kong until 1993, when it relocated to London to help secure approval for its takeover of Midlands Bank.

But following a review in 2016, the board decided against any change to that arrangement.

In other developments on Friday, it emerged HSBC was facing accusations of “greenwashing” its record on climate change.

The Advertising Standards Authority (ASA) is investigating claims that two HSBC adverts misled customers by highlighting the lender’s green activities without mentioning that it continues to finance companies “which made significant contributions to carbon dioxide and other greenhouse gas emissions”.