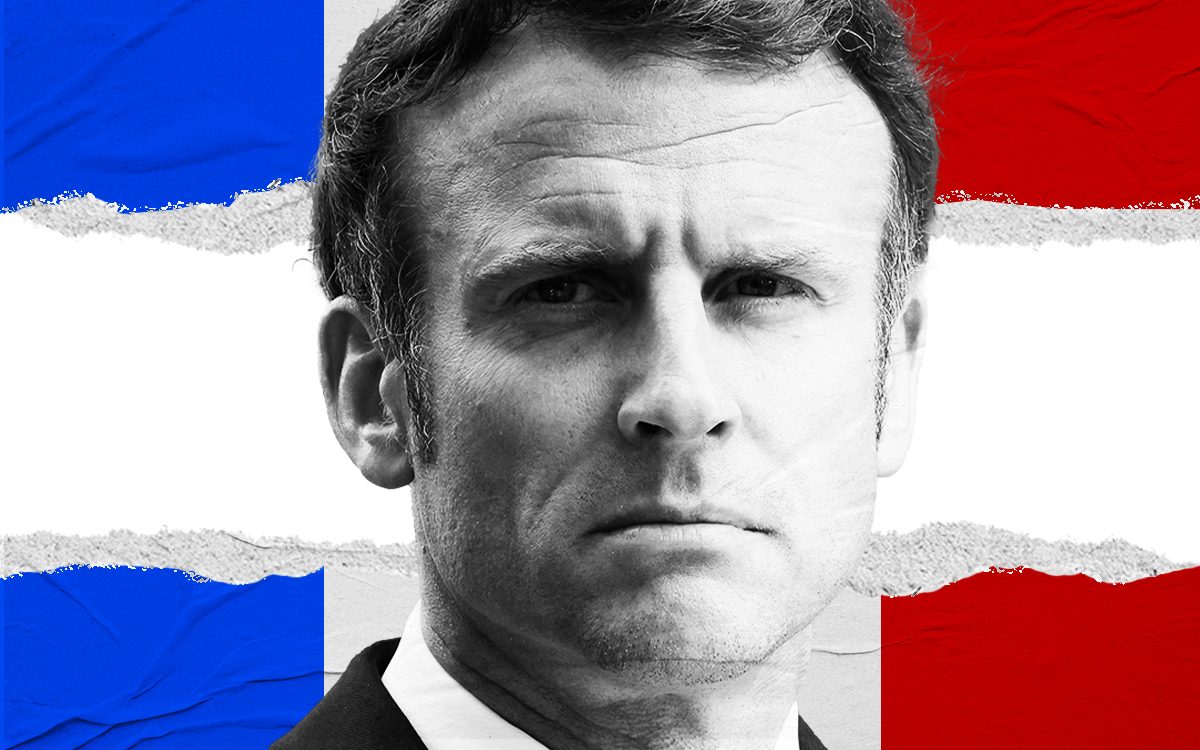 At the ballot box, Macron’s display of martial statesmanship was a damp squib. Particularly galling for him was the sheer indifference of the voters, a record proportion of whom (53 per cent) abstained. The President’s manic hyperactivity was met by a classic Gallic shrug.

And so, after taking a wrecking ball to the traditional parties, Macron has encountered an immovable object: apathy. The movement he created six years ago, La République en marche (“the Republic on the move”), has ground to a halt. He has renamed it Renaissance, but so far there has been no rebirth, nor even a reboot.

Though it was revolutionary France that invented the politics of Left and Right, Macron is hard to pigeonhole as either  — but then he is hardly a typical French politician. By nature more inclined to grand gestures than to ideological consistency, he often fails to listen to the man — and especially woman — in the street.

He has restored a measure of dignity to the presidency, an office that had been ridiculed under the venal Nicolas Sarkozy and the libidinous François Hollande. His eye for symbolism has served him well, for instance with his eloquent message to the Queen on her Platinum Jubilee.

However, symbolism is no longer enough for Macron. Marianne, the personification of France since 1789, has dumped her once-godlike lover.

‘A chicken in his pot’

After five years in office, the President forgot that elections are ultimately decided by bread-and-butter issues. After years of lockdown and pandemic, he promised root-and-branch reform of the economy, but nothing for families already making drastic economies.

Macron tends to forget the most profound truth ever uttered in French politics, more than four centuries ago. Henri IV, who was pragmatic enough to change his religion in order to become king, declared: “I want there to be no peasant in my kingdom so poor that he is unable to have a chicken in his pot (“sa poule au pot”) every Sunday.”

Like Britain, France is in the grip of a cost-of-living crisis for which the only real solution is a monetary squeeze that is deeply unpopular. The difference is that in France both the inflationary malaise and the recessionary medicine can be blamed in part on the European Central Bank — which, unlike the Bank of England, is unaccountable.

Another difference is that, while the British had Mrs Thatcher, the French have never radically reformed their public sector. Hence they have an even more bloated and bureaucratic state than the British: government spending accounts for more than 60 per cent of GDP, compared to around 50 per cent in the UK.

Before Brexit, it was easy for French financial services and entrepreneurs to migrate to London’s more benign fiscal and regulatory regime. This brain drain infuriated Macron and he has made it an article of faith to make France more competitive — with only limited success.

Having wasted years when the pandemic interrupted his reforms, Macron was hoping to use his second term to push through a liberalisation programme that would have rebalanced the economy, removing burdens on business and incentivising workers to retire later.

Macron’s hopes now lie in ruins. “His reform agenda will be far less ambitious than envisaged,” said Armin Steinbach, a Paris-based economist, who predicts that only big-spending proposals on renewable energy or to deal with fallout from inflation will gain cross-party support.

The crunch is likely to come on state pension reform, an issue that has already brought millions onto the streets at the May Day demonstrations. Macron wants to raise the pensionable age from 62 to 65 — still lower than in the UK, where it is now 66, rising to 67 in three years’ time.

Whereas the British are broadly agreed that improved health and longevity mean that people can and often want to have longer working lives, the French refuse to accept this demographic imperative. Populists of Left and Right are exploiting a population in denial, pretending that the economy can support an indefinitely growing number of pensioners. Mélenchon in particular campaigned to lower the pension age from 62 to 60.

Such fantasy policies are inspired by the economic theories of Thomas Piketty and other neo-Marxists or New Keynesians, who suggest that money can be created, borrowing is unlimited and taxation has no downsides.