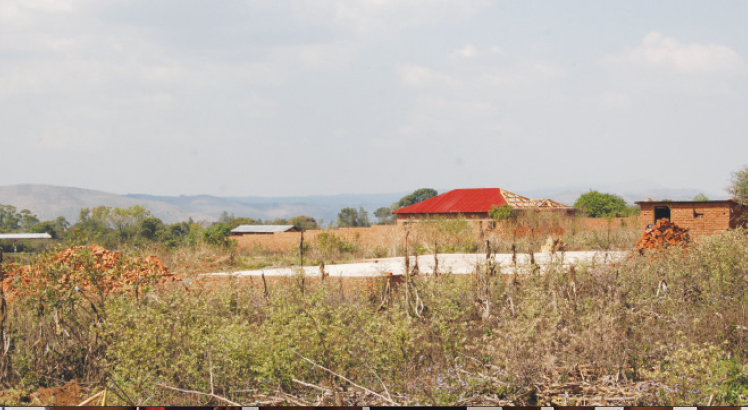 Parliament yesterday passed a Land Amendment Bill of 2022 with some amendments which allow foreigners to acquire land for investment purposes only.

Presenting the Bill in the House, Minister of Lands Samuel Kawale informed members that if a foreigner decides to reside in the country, then he or she can obtain permanent resident permits.

He said Kawale:” They should not have access to land for speculative purposes as many absentee Malawians are currently doing. Consequently, it is proposed that non-citizens should be allowed to acquire land for investment purposes only and Malawi Investment and Trade Centre (Mitc) has the mandate to register land for investment.”

The minister explained that by restricting ownership of land to foreigners, government is not violating their right not to be discriminated against on the basis of nationality, saying the Constitution does also restrict property rights.

“All countries give priority to their citizens and discriminate non-citizens in matters of access to basic resources such as certain scholarships, business funding, or other opportunities; therefore, land as a basic resource cannot be treated differently.,” said Kawale.

He also told the House that when land laws were enacted in 2016 there was a lot of discontent by various stakeholders, that they were not thoroughly consulted, hence the review.

It was also proposed that for customary land to be registered as private land it should be that which has been allocated to individuals, families or clans and all land where government infrastructure is constructed such as schools or clinics will now be registered as public land.

The minister also indicated that a policy decision was, therefore, made that any application to change use of piece of land for agricultural to residential or commercial should be granted on condition that the lessee surrenders 50 percent of the land to government subject to payment of appropriate compensation and no sale of vacant land shall be allowed.

Responding to the Bill, Chitipa South MP Welani Chilenga who spoke on behalf of Democratic Progressive Party requested the minister to extend the time one person can take to developthe land.

He said: “If two years is too little for one to develop land, then let us put a specific number of years, say three or or five years than people going to negotiate with the minister responsible. These are the issues that bring in corruption.”

Prior to the gazetting of the Bills, Malawi Human Rights Commission (MHRC) submitted an Advisory Note in November 2021 to the Minister of Lands, which had observations, gaps, strengths and recommendations relating to 2016 land laws as well as general land issues in the country.

The advisory note, which was based on nationwide consultations with State (district-based government officials) and non-State actors (NGOs, chiefs, ADCs, communities), was a response to the Ministry of Lands’ earlier call from various actors to submit comments and observations on the 2016 land laws.

In its analysis, the commission described the amendments of the Bills as a positive development after a number of observations and recommendations it directed to the minister responsible through the advisory note were acted upon.

MHRC says in its analysis, it commends government’s efforts in land laws review which culminated into the six Bills, however, the Land Laws Reform agenda alone was not enough without being backed up by effective implementation of the laws to be enacted.

“Government must put in place deliberate measures to ensure massive public awareness of land-related laws once they are enacted,” reads the analysis in part.

Specifically, MHRC states that the amendments and the repealing of sections 3, 7, 9, 11, 37 and 38 on the passed Land Amendment Bill and the insertion of new sections were positive as they address some of the concerns raised in its advisory note.

Yesterday, the House also passed the Public Finance Management Bill, which has replaced the old Act enacted in 2003.