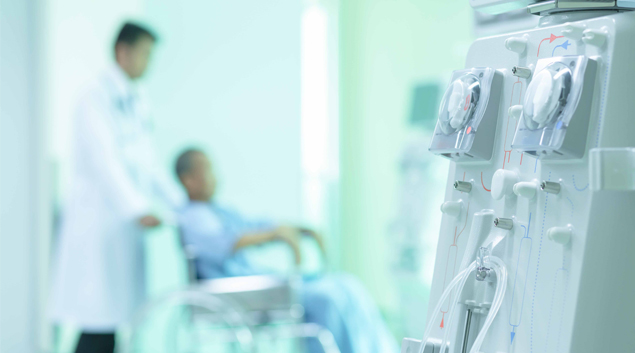 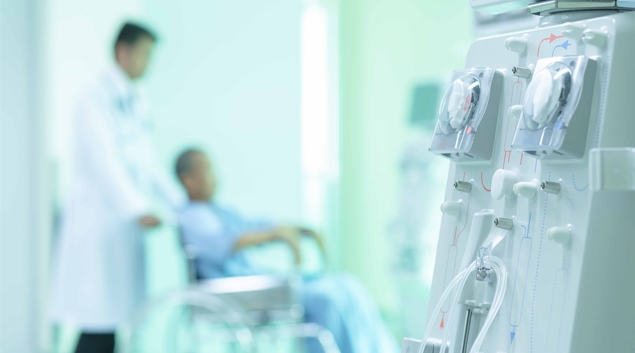 Guidewell and Highmark Ventures led a $35 million funding round for Healthmap, a kidney population health management company, joining other investors such as Windrose, DCHP and Shulman Ventures, who contributed to previous funding rounds.

GuideWell is the parent of Florida Blue and Triple-S Management, the Blue Cross Blue Shield plans of Florida and Puerto Rico, while Highmark and its Blue-branded affiliates cover members in Pennsylvania, Delaware, West Virginia and New York.

The Blue-affiliated plans said they made the investment to highlight what they consider a growing public health imperative: to more effectively identify and care for the 40 million people living with kidney disease in the U.S.

According to the Centers for Disease Control and Prevention, one in seven U.S. adults is estimated to have chronic kidney disease. Because symptoms are often silent in the early stages, most are unaware of their condition. If left untreated, the condition can progress to end-stage kidney disease, when a transplant or dialysis is necessary to sustain life.

Many beneficiaries with ESKD suffer from poor health outcomes and face increased risk of complications with underlying diseases. For example, those with ESKD who contract COVID-19 have higher rates of hospitalization.

Healthmap CEO Eric Reimer said in a statement that the company built its Kidney Health Management solution because of the complex and costly nature of caring for members who have kidney disease.

He explained that health plans and health systems across the country are searching for a kidney solution partner because of the massive size and scale of the problem, which has been accelerated in recent years by the federal CURES Act and the “Advancing American Kidney Health Initiative” executive order.

Reimer added that GuideWell and Highmark, who are both customers of Healthmap, conducted a comprehensive review of the kidney management market before selecting Healthmap as a partner, and later chose to invest in the company.

Highmark Health CFO Saurabh Tripathi said the overall goal is to improve kidney care and reduce costs with new approaches, including the proprietary artificial intelligence technology employed by Healthmap, which is geared to build individualized care plans at scale. The partnership, said Tripathi, draws on “natural synergies” between the companies.

Florida Blue Medicare President Kathy Feeny said that, after a year as a Healthmap client, her company has developed a high level of confidence in the latter’s executive team, as well as its ability to deliver on metrics such as patient engagement and clinical outcomes.

Healthmap will use the additional investment to fuel what has been significant growth over the past couple of years, going from 60 employees in the summer of 2020 to more than 500 projected by the end of this year. By that time, Healthmap will have more than 150,000 members under contract across commercial, Medicare and Medicaid lines of business. Healthmap will also continue to fund R&D initiatives that provide solutions to improve CKD.

Payers and other companies have put kidney disease in the crosshairs in the past couple of years. Just last year, Blue Cross and Blue Shield of Minnesota became the latest insurer seeking to better manage the risk of patients afflicted with permanent kidney failure, with such patients now eligible to enroll in Medicare Advantage plans for the first time.

The effort took the form of a partnership with VillageHealth, an integrated kidney care program from DaVita, which addresses the holistic health needs of certain eligible members with CKD or end-stage kidney disease (ESKD).

The value-based agreement is designed to improve health outcomes and reduce the total cost of care for eligible Blue Cross members.

Also in 2021, Medicare Advantage insurer Clover Health launched a new clinical program targeting chronic kidney disease in an effort to minimize the time between diagnosis and treatment and improve outcomes for seniors.

In the U.S., treatment of chronic kidney disease is likely to exceed $48 billion per year, according to the National Kidney Foundation. Treatment for kidney failure consumes 6.7% of the total Medicare budget to care for less than 1% of the covered population, the report said.

The disease often goes undiagnosed for Medicare Advantage beneficiaries, according to a 2020 report by the Centers for Medicare and Medicaid Services Office of Minority Health. Early detection creates the opportunity for physicians to initiate treatment, manage their patients’ other existing conditions and slow progression for better results at a lower overall cost.