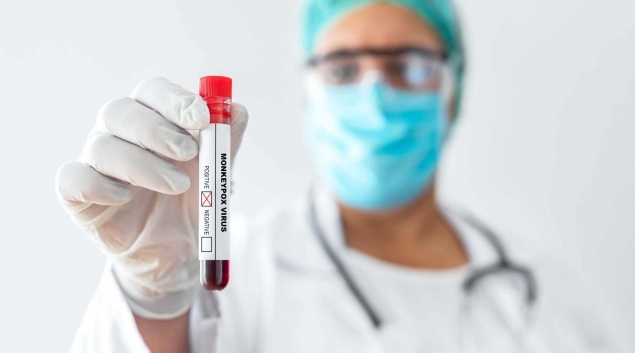 The U.S. Department of Health and Human Services has announced an enhanced nationwide vaccination strategy against monkeypox.

The strategy will prioritize vaccines for areas with the highest numbers of cases, and provide guidance to state, territorial, tribal, and local health officials to aid their planning and response efforts, HHS said.

HHS said it is rapidly expanding access to hundreds of thousands of doses of the JYNNEOS vaccine in areas with the highest transmission and need.
It will be allocated using a four-tier distribution strategy that prioritizes jurisdictions with the highest case rates. Within each tier, doses of JYNNEOS will be allocated based on the number of individuals at risk for monkeypox who also have pre-existing conditions, like HIV.

Jurisdictions can also request shipments of the ACAM2000 vaccine, which is in much greater supply, but due to significant side effects is not recommended for everyone.

HHS expects more than 750,000 additional JYNNEOS doses to be made available over the summer, and an additional 500,000 doses will undergo completion, inspection and release throughout the fall, totaling 1.6 million doses available this year.

To date, the HHS Office of the Assistant Secretary for Preparedness and Response, in coordination with the Centers for Disease Control and Prevention, has responded to requests from 32 jurisdictions, deploying more than 9,000 doses of vaccine and 300 courses of anti-viral treatments.

Between January and June 22, the World Health Organization reported 3,413 laboratory confirmed cases and one death from monkeypox from 50 countries and territories.

As of June 28, the CDC reported 306 cases in the United States. The highest case counts were reported in California, with 66 cases, and New York, with 63 cases.

Monkeypox has been spreading among gay and bisexual men, but it is not a sexually transmitted disease, according to comments made in May by Dr. John Brooks, medical epidemiologist, Division of HIV/AIDS Prevention. It’s spread by close contact with an infected person.

The virus typically begins with a flu-like illness and swelling of the lymph nodes and progresses to a widespread rash on the face and body. Most individuals recover on their own within a few weeks. The virus can be identified and treated in a physician’s office.

The concern, WHO said in May, is that the disease, which is believed to have originated in West Africa, is being reported in countries not previously known for the virus.

The Advisory Committee on Immunization Practices currently recommends vaccination for those at high risk following a confirmed monkeypox exposure. Given the large number of contacts and difficulty in identifying all contacts during the current outbreak, vaccines will be provided to individuals with confirmed and presumed monkeypox exposures.

Monkeypox poses minimal risk to most Americans, according to HHS Secretary Xavier Becerra.

The limited supplies of JYNNEOS vaccines are deployed to those who can benefit from it most immediately, as HHS continues to secure additional doses, according to HHS Assistant Secretary for Preparedness and Response Dawn O’Connell.

“We are focused on making sure the public and healthcare providers are aware of the risks posed by monkeypox and that there are steps they can take – through seeking testing, vaccines and treatments – to stay healthy and stop the spread,” said CDC Director Dr. Rochelle Walensky.