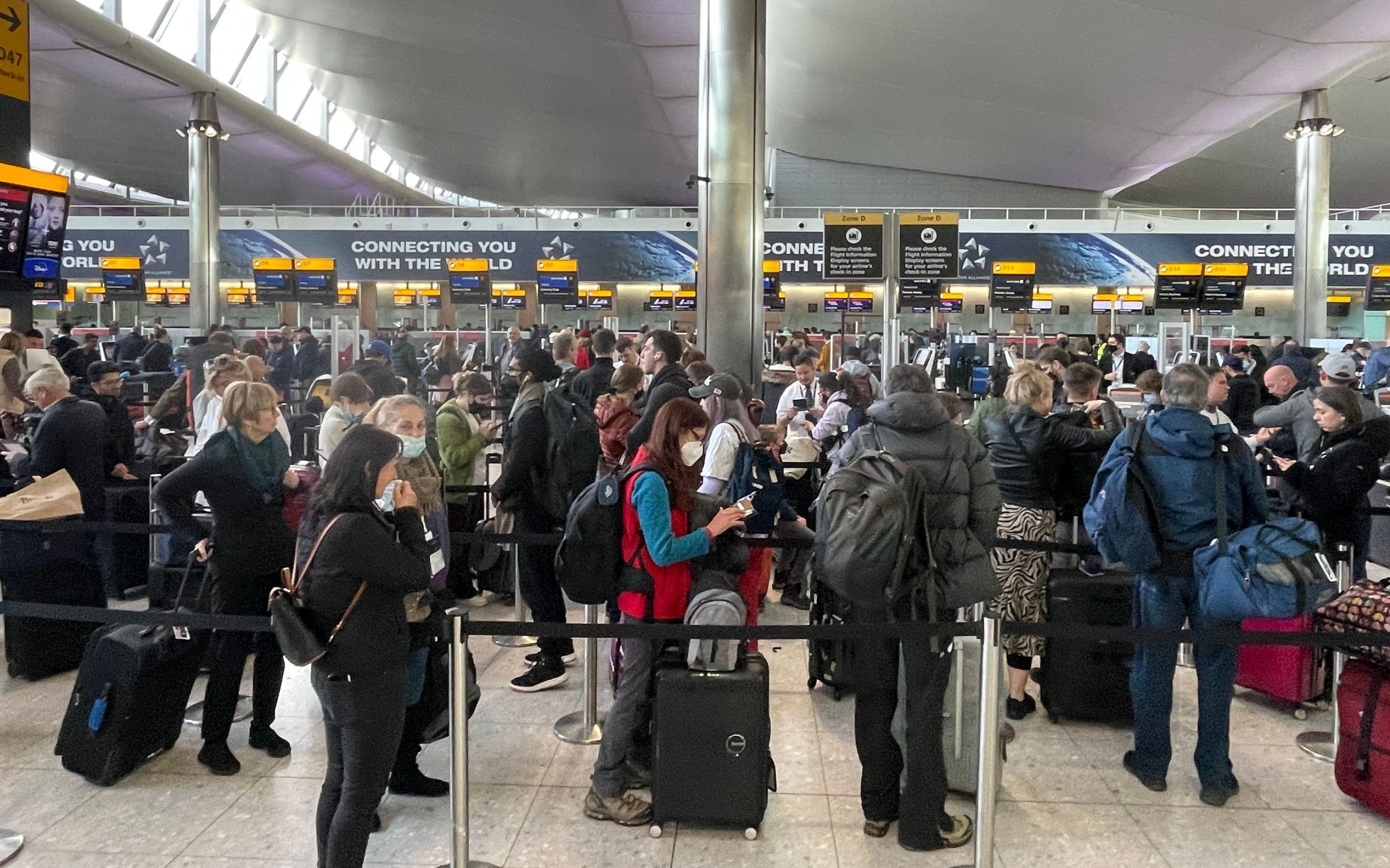 Heathrow is under pressure to drop plans for higher landing charges after the airport welcomed the most travellers since the start of the pandemic.

Meanwhile, experts said this week’s Easter schedule will hit 86pc of 2019 levels at the airport.

Heathrow increased the landing fees it charges airlines by a third in January and wants to increase them by up to 90pc of levels over the next five years.

The airport is forecasting it will welcome 45.5m passengers in 2022, considerably more than 19.4m people that passed through its terminals last year – but a far cry from the 80.9 million in 2019.

Heathrow said the landing charge increases were required so that it can cover costs based on lower passenger numbers.

Airlines are angry about its plans, which must be signed off by the Civil Aviation Authority.

A spokesman for Virgin Atlantic said: “Heathrow is set to be the busiest airport in Europe this year, with its March passenger figures demonstrating the gathering pace of recovery. Meanwhile, Virgin Atlantic is expecting a return to 100pc of 2019 flying, during summer peak this year.”

“To protect consumers, inaccurate forecasts that underestimate returning demand should not be used to determine irreversible charges.”

Nigel Wicking, chief executive of the Heathrow airlines operating committee said that the airport’s “pessimistic forecast… will serve to increase the per passenger service fee [Heathrow] is allowed to charge in 2022 and beyond”.

Mr Wicking added: “Based on industry intelligence and forward bookings the airlines have forecast that passenger traffic will rebound strongly in 2022 and we expect another surge, ahead of Heathrow Airport’s original projections, for Easter and through into the summer.”

Tim Alderslade, head of trade body Airlines UK added: “Heathrow is trying to recoup its pandemic losses off the backs of passengers by relying on overly pessimistic forecasts that suit their own agenda. They’re pulling a fast one and we need the CAA to be wise to that.”

A Heathrow source said that volumes for the first three months of the year were “slightly behind” its projections.

The row comes against the backdrop of widespread disruption at the UK’s airports as the aviation sector grapples with staff shortages.

Chief executive John Holland-Kaye said the airport was “doing everything we can to make sure passengers get on their way as smoothly and safely as possible”.

Once the second-most popular airport for international passengers in the world, Heathrow has fallen down the rankings during the pandemic as the UK’s travel restrictions put off people flying in from overseas.

New figures released on Monday reveal that Heathrow slipped behind Istanbul, Amsterdam, Frankfurt and Paris in 2021. It lies in seventh place, having occupied second position prior to the pandemic. Dubai retained top spot in the rankings, compiled by trade body Airports Council International.

The top 10 airports in terms of domestic and international passengers were dominated by US bases. Eight of the airports were in America, with Atlanta occupying top spot. Guangzhou, China, in first position in 2020, fell to eighth as Beijing’s strict Covid restrictions hit traffic. Chengdu was the only other non-American airport in the 10 busiest bases globally.