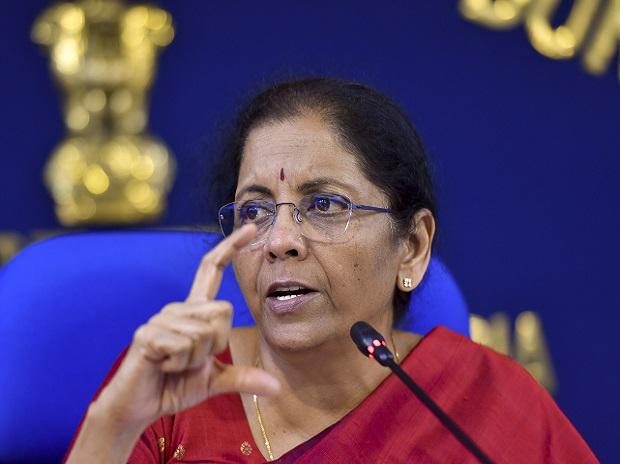 Finance Minister Nirmala Sitharaman on Tuesday announced a slew of regulatory and compliance measures across sectors to alleviate the hardships being faced by various sectors as the country enters an unprecedented lockdown due to the Covid-19 pandemic. Sitharaman also said that a larger economic package will be announced soon.


At 8 PM in the evening, Prime Minister Narendra Modi is expected to address the nation.


In a media briefing held through video conference, the Finance Minister said that the threshold for default under the Insolvency and Bankruptcy Code was increased to Rs 1 crore from Rs 1 lakh, to prevent triggering of bankruptcy proceedings for micro, small and medium enterprises, removed charges for three months for debit card holders withdrawing cash from ATMs of other banks, waived off the minimum balance fees, and extended the date for most direct tax and goods and service tax filings to June 30.


Sitharaman said that the centre was deliberating upon the suggestions from stakeholders, including a targeted income support scheme and deferment of loan payments for individuals and companies alike. She said that the Covid-19 Economic Response Task Force had been set up constituting of ministers, members of Parliament, industrialists, economists and experts, and had been divided into sub-groups dealing with various issues.


“We are close to coming out with an economic package which will be announced sooner than later,” Sitharaman said.


The minister said that the last date for income tax returns for FY2018-19 has been extended to 30 June, 2020, and for delayed payments till that time the interest rate has been reduced to 9 per cent from 12 per cent.


“For delayed payments of advanced tax, self-assessment tax, regular tax, TDS, equalization levy and other such made between 20th March 2020 and 30th June 2020, the interest rate has been reduced to 9 per cent from 12-18 per cent earlier. No late fee and penalty shall be charged for delay relating to this period,” she said.


Sitharaman also said that Those having aggregate annual turnover less than Rs 5 Crore can file GST returns for March-May 2020 by last week of June, and no interest, late fee, and penalty will be charged. For the others, a reduced interest rate of 9 per cent will be levied.


Addressing questions from reporters, the Minister remained non-committal on the impact of the Covid-19 lockdown on the economic growth, the centre’s tax and divestment revenues and whether the centre had estimated the size of economic losses due to the shutdown.


“There have been suggestions from people on a universal basic income, on deferring EMIs for individuals and loans for companies. We are deliberating on these issues. You will hear something soon,” she said.