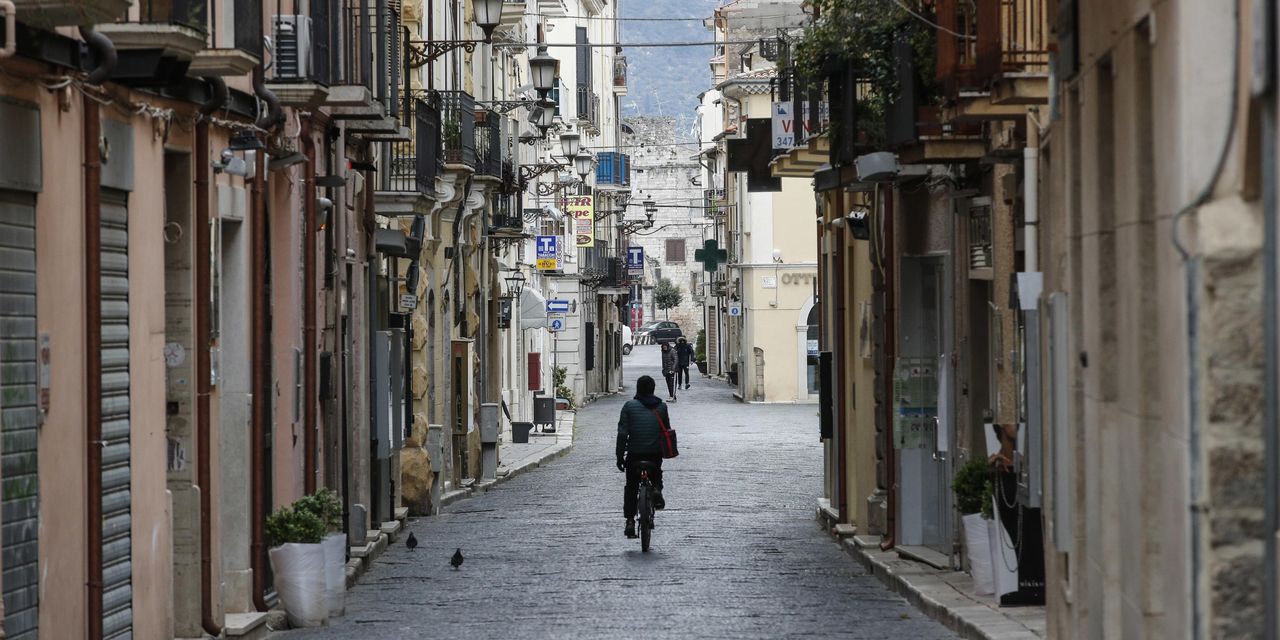 European governments weighing the economic damage of a mass shutdown against the risk of spreading the new coronavirus were initially hesitant to impose stringent lockdowns and border closures.

But as the pace of infections and deaths accelerated, Europe has broadly coalesced around a strategy: Freeze now and worry later about the bill.

Their initial hesitation to do so crumbled as the new coronavirus swept the continent and policy makers determined that not acting forcefully could lead to equally bad economic outcomes, but with a higher body count.

In the U.S., by contrast, the Trump administration is considering easing the social-distancing measures imposed to slow the contagion as soon as next week, reflecting a debate about whether the economic pain of suppressing the virus is too steep, though it may mean more Americans get sick or die.

“We’re not going to let the cure be worse than the problem,” Mr. Trump said Monday.

The European strategy is aimed at reducing transmission of the illness and preventing health-care systems from being swamped. In the U.K., not acting forcefully “would have unintended consequences for the health of the entire nation,” not least because many other serious cases would go untreated, Neil Ferguson, an infectious disease specialist at Imperial College London who advises the British government, told a parliamentary committee on Wednesday.

Italy has recorded more than 7,500 fatalities from Covid-19, and Spain more than 3,400, according to official data compiled by Johns Hopkins University. More than 200,000 people across the continent have been infected.

Most European nations have joined in lockdown measures to halt the pandemic, with the continent’s largest economies closing borders and putting drastic curbs on public life.

Should the U.S. impose a tighter and longer-term national economic shutdown? Why or why not? Join the conversation below.

The European Union executive body has temporarily loosened its stringent rules regulating state aid and free movement to allow national governments to proceed with stimulus measures and border closures. Shutdowns across Europe are expected to last weeks if not months, and surveys already are pointing to a precipitous fall in the region’s economic activity.

Policy makers are that large amounts of government aid for closed businesses and furloughed workers will keep the economy on life support until the virus is defeated and resuscitation can kick in.

The path to broad shutdowns in Europe wasn’t quick and was marked by abrupt policy shifts and sometimes confused messaging from national capitals.

Even Italy, the hardest hit country in Europe, hesitated. Authorities initially quarantined small towns in the north in the vain hope of minimizing the economic disruption. A nationwide lockdown was imposed on March 9. On Sunday, Rome ordered all factories shut, ignoring protests from employers.

Austrian Chancellor Sebastian Kurz was initially reluctant to close his country’s border with Italy, according to senior officials, but changed his mind after Israeli analysis showed the disease would eventually inflict huge economic damage even if no measures were taken.

Vienna imposed a strict lockdown on March 15, banning gatherings of more than two people and closing kindergartens, schools and many businesses.

France and Spain soon followed suit, with French President Emmanuel Macron telling his nation “we are at war” on March 16 as he ordered businesses to shut and citizens to stay indoors.

Germany moved more slowly, in part because of the difficulty of corralling state authorities to agree on restrictive measures. But on Sunday, Chancellor Angela Merkel and the prime ministers of the 16 German states agreed that all nonessential shops should be closed and public gatherings banned. Officials say the government had come under pressure to act because of the measures taken in neighboring countries.

One notable holdout was the U.K., which under Prime Minister Boris Johnson had for weeks pursued a strategy of containing rather than stamping out the coronavirus. He buckled on Monday, instructing shops and businesses to close and people to stay indoors. The turning point came when modeling by Imperial College showed London’s more-restrained approach could result in around 250,000 deaths, officials said, against around 20,000 if controls were effective.

Sweden, with around 2,000 cases of coronavirus infection and more than 30 deaths, remains a rare example of a western European nation that hasn’t shut schools and businesses and locked down its citizens.

The approach drew criticism from some disease experts who said inaction could put lives in danger. “We are almost the only country in the world not doing everything we can to curb the infection,” Fredrik Elgh, a virology professor at Umeå University, told the public broadcaster SVT.

The forced hibernation of chunks of the European economy and a lockdown in its major cities will have a steep economic cost, economists say. A foretaste came on Tuesday when IHS Markit’s purchasing managers surveys pointed to a record collapse in activity in the 19-nation eurozone and the U.K. between February and March. The International Monetary Fund now forecasts a global recession this year.

Some business leaders in the U.S. echoed Mr. Trump’s concern that the price of stopping the virus shouldn’t be tanking the economy. Some economists, though, say the supposed trade-off between economic disruption and minimizing deaths is wrongheaded, since widespread infection would hurt the economy anyway.

“It’s incredibly naive to believe there would be no economic implications from a very large number of deaths,” said Stefan Gerlach, a former deputy governor of Ireland’s central bank. “Would you go out for dinner or to work if thousands of people were dying each day from the virus?”

Governments pursuing a strategy of tight restrictions on their economy now face two big uncertainties. One is how long they can keep them in place before citizens grow restless or the costs spiral uncomfortably.

The measures Germany has adopted have to be rolled back by Easter, or the damage to the economy “will be beyond repair for decades,” said Carsten Linnemann, a senior figure in Ms. Merkel’s conservative bloc.

The second uncertainty is whether economies in stasis can easily be brought back to life. Programs aimed at keeping companies solvent and workers employed are critical to that goal. Early signs from surveys aren’t encouraging, with firms in the eurozone cutting jobs in March at the fastest pace since 2009, according to IHS Markit.

“The big worry is the exit strategy,” said Marcel Fratzscher, president of the DIW economic think tank in Berlin.

Get an early-morning coronavirus briefing each weekday, plus a health-news update Fridays: Sign up here.

—Tom Fairless in Frankfurt and Eric Sylvers in Milan contributed to this article.