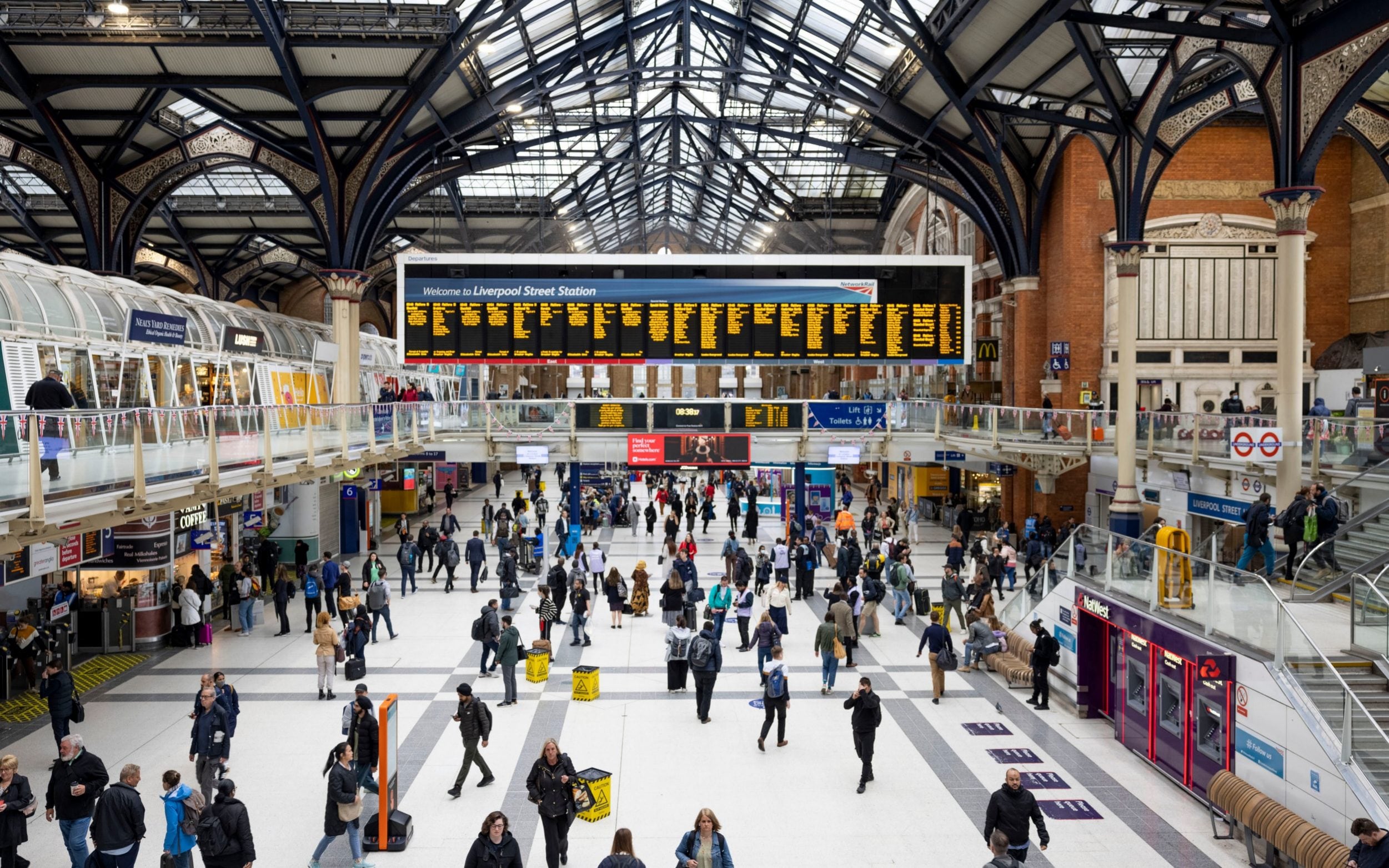 The UK’s rail network is set to be effectively shut down for an entire week later this month in the biggest strike for more than 30 years.

Nationwide strikes have been announced on June 21, 23 and 25 by the RMT in what it described as the biggest dispute on the network since 1989.

More than 50,000 workers from National Rail and 13 other operators will walk out on June 21, coinciding with a Tube strike in London, and another 40,000 union members will strike on the subsequent dates.

2) 50,000 rail workers to shut down UK travel network with three days of strikes in June Rail union bosses have launched the strikes to coincide with by-elections and Glastonbury festival as they pile pressure on the Government.

3) UK launches first post-Brexit sat nav system to ward off Russian hack threat The British satellite navigation system will give pinpoint locations to aircraft, ships and driverless cars after Brexit meant the UK was ejected from the European alternative.

4) Tesco vegan burger adverts banned over ‘misleading’ environmental claims The Advertising Standards Authority said Tesco had implied that buying Plant Chef burgers would “positively affect the environment” by suggesting that customers could “do their bit” for the environment by swapping to plant-based burgers.

5) Three in four Londoners will never return to the office full-time The study found that few agree with Boris Johnson’s criticism that working from home is inefficient because people find themselves “walking very slowly to the fridge, hacking off a small piece of cheese” and forgetting what they were doing.