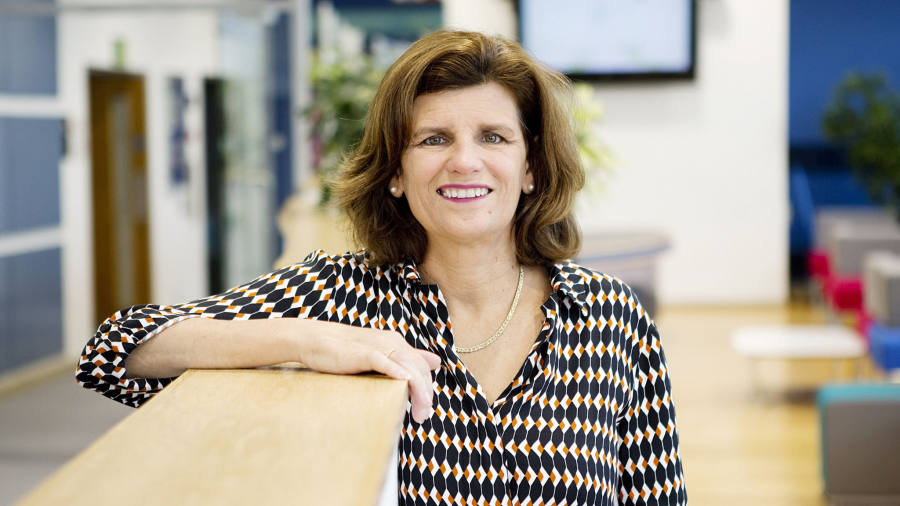 Kathryn Mitchell can see right across Derby from her desk, and she hopes to make the city feel a little less distant than it has been.

Over the past four years, Derby university’s vice-chancellor has set about making it part of the city’s economic life. She is doing so by recruiting students locally who put their training to work in local businesses.

“Derby university felt a bit remote when I arrived,” says Ms Mitchell. “I wanted to take a much more integrated approach to how we can move the region forward. It shouldn’t be, ‘everyone nips in and out’” of the university, she adds.

A university since 1992, the institution dates to 1851. It had 19,280 students in 2018/19, up 18 per cent over four years, with just under half coming from the East Midlands and 9 per cent from abroad. The university is locally regarded as having a crucial role as a centre for innovation. Its courses emphasise practical knowledge over academic theory and focus on “what the employers think, what we think, what innovation might look like in the future and what would be the applied research that might underpin them” says Prof Mitchell. One important subject is automation, she forecasts a third of the region’s jobs will “soon be totally automated”.

However, while the university tries to meet the needs of businesses, Prof Mitchell says they cannot expect it to produce workers able to do a job on day one. This is because “the purpose of a degree is to provide an ability to use a wide range of skills over a career”, rather than train people for a specific job, knowledge that might be out of date in a few years.

Local business has warmed to having a university in its midst that is more of the city than one that breeds a “town and gown” mentality. Longstanding employers such as clockmaker Smith are among those now employing more graduates then previously.

Across town is Derby College, a further education body with 12,500 students, whose work with employers to design and deliver its curriculum was praised in 2016 as “outstanding” by government inspectors. April Hayhurst, deputy principal, says the college has relationships with 3,000 employers, including work placements and apprenticeships.

“We constantly have to predict the needs of industry and make sure that our curriculum modelling actually meets those future needs,” she says.

Ian Birtley, sales director of IT group RDS Global, says it takes Derby College students on work placements as IT support engineers, with a view to hiring some as apprentices. RDS is also developing a new product in partnership with the university. Mr Birtley describes relations with the college as “great, not just to give young people an opportunity, but for us as a talent pool”.

Prof Mitchell oversees a body aiming to improve standards in the city’s schools, where underperformance is an important concern. “Our city schools have improved quite dramatically by working in a more collective way and looking at the outcomes for all children in the city,” she says.

At the other end of the spectrum, Repton School offers a no-expense-spared education. Set in picturesque grounds, some of its buildings date back many centuries, while modern facilities include its science building, theatre and sports complex. Former New Zealand swimming Olympian Scott Talbot joins the school this year to coach pupils.

Headmaster Mark Semmence says the school, where term fees start at £9,100, aims to produce well-rounded young adults, not just with good grades but also some “Midlands grit” and who can thrive in the diverse modern world.