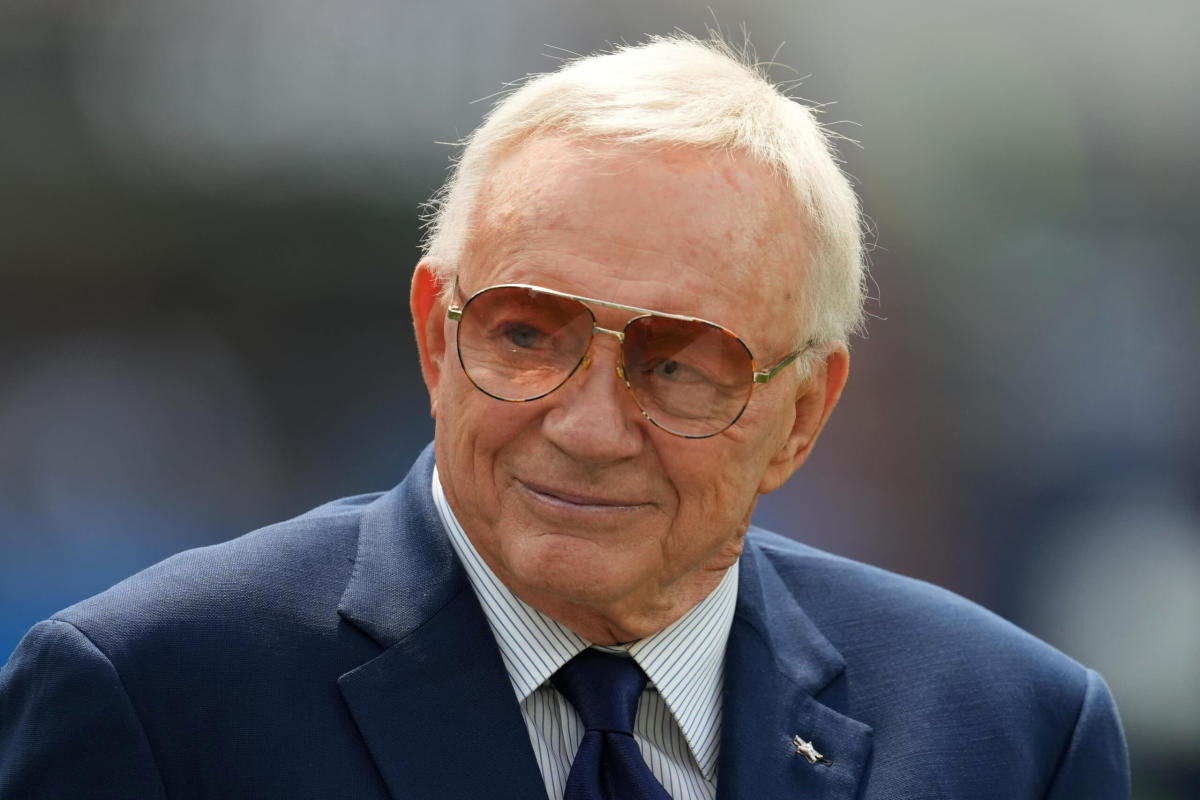 The Dallas Cowboys seem determined to let this offseason be about anything and everything other than improving the on-the-field product and committing to advancing the franchise toward a sixth Lombardi Trophy. And a Tuesday afternoon tease from the front office only furthers the sideshow.

And then she asked followers to weigh on on what the announcement might be. Social media not only opened Pandora’s box, they picked it up and dumped the contents all over the floor in a gigantic, messy pile.

The dark humor route is an easy one to take this offseason. The Cowboys seem to be in the headlines plenty, but for all the wrong reasons.

There was the overall weakening of the roster with the Amari Cooper trade and La’el Collins release, with precious little return coming back to the team. There was the Randy Gregory snafu that saw them announce the re-signing of the pass rusher, only to have him back out of the deal an hour later based on contract language.

The club followed their usual pattern of sitting on their hands during free agency, despite freeing up plenty of funds to work with. They brought in James Washington and Dante Fowler and Ryan Nall; each could turn out to be a smart pickup, but none can exactly be called a needle-mover in this, the league’s most active free agency period in recent memory.

And then there were the scandals. Multiple scandals. Scandals of the stomach-turning variety that are truly no laughing matter. The kind that might have seemed too much of a stretch even on the old Dallas soap opera, but are nevertheless playing out now in real time before the fanbase’s eyes, with attorneys and legal jargon and official court reports and sleazy details and non-disclosure agreements and secret hush money payments and words like “extortion.”

Jerry Jones has yet to answer serious questions about these most troubling allegations with any sort of substance whatsoever.

So yes, observers will undoubtedly assume the worst (or at least the most ludicrous) when the Jones family trots out the old razzle-dazzle schtick of offering some shiny new thing over here designed to direct everyone’s attention from the raging dumpster fire over there.

It’s easy to poke fun at the Cowboys “major business announcement,” but the fact remains that the team hasn’t been to the conference championship game in a quarter-century. They got embarrassed right out of the wild-card round last year, and have only taken steps backward in the three months since.

So any press conference that doesn’t directly address increasing wins and reducing losses will come across as tone-deaf at best, downright negligent at worst.

The Joneses have said for years that there are four pillars to the family business of running the Dallas Cowboys: Tradition, Competition, Business, and Entertainment.

They’re promising that Wednesday’s announcement will serve one of those pillars.

Just not the one fans care about most.

And whatever it ends up being, whether it’s some new event to be held at the home stadium, a splashy big-bucks sponsorship deal, or maybe some left-field foray into cryptocurrency (or whatever the next big thing is this week), one thing can already be taken to the bank.

For Cowboys fans, winning football games is a simple matter of black and white. But they’ll likely be seeing red as the billionaires who run the silver and blue once again seem hell-bent on demonstrating that they care most about the green.

Cowboys News: Trading up vs trading back in Round 1, time for a new free agency strategy?

Cowboys 2022 Draft Commandments: The rules Dallas lives by when it comes to player selection