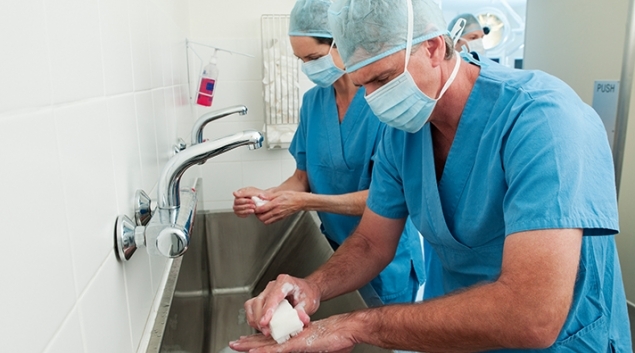 Though the World Health Organization has stopped short of declaring the COVID-19 coronavirus outbreak a pandemic, the virus continues to reach its way around the globe.

The focus has largely been on the immediate public health impact and the toll it’s taken on individuals. But eight weeks in, the outbreak could potentially disrupt the drug supply and  business of both major and minor drug manufacturers.

This is because a high percentage of drug ingredients are sourced from China, the epicenter of the coronavirus. This has raised some important intermediate- and long-term strategic business considerations that need to be addressed.

According to Rita Numerof, president of global healthcare consulting firm Numerof and Associates, China is the world’s largest supplier of active pharmaceutical ingredients, or API. An API is the part of any drug that produces the intended effects. The country is also a large supplier of penicillin, statins and vitamins, and in certain corners, the COVID-19 outbreak has stoked renewed fears of global supply chain disruption.

China accounts for roughly 40{f08ff3a0ad7db12f5b424ba38f473ff67b97b420df338baa81683bbacd458fca} of global API production, said Numerof. If the country continues to be affected by the outbreak, prices on a global scale could be impacted as other sources ramp up to meet demand, though this would likely level off over time.

“Should we as a nation be concerned? A lot of reports coming out from manufacturers are generally reassuring, although in the last week or so those reports have been more cautionary than they were in January, while they still had adequate stockpiles of medicines,” she said. “If this continues for any length of time, it could be a problem for the supply chain. We need a longer-term strategy to protect ourselves.”

A complicating factor is that the U.S. can’t simply flip a switch and create a new trove of American API and drug manufacturers. There’s a regulatory apparatus, including clinical trials and inspections that need to be performed, which is not something that can be done easily or quickly.

“I don’t think there’ll be a catastrophic tipping point where everything will be affected simultaneously,” she said. “It would happen in pockets. If it continues much longer I think you’ll see a continuation of that, but it would be inappropriate to ring an alarm bell.

“We have a strategic petroleum reserve. Maybe it’s time to consider a strategic reserve for critical drugs and API. It’s not unreasonable to argue that the availability of essential medicines should be regarded as a national security issue.”

Essential medicines tend to be commodity-like in cost structure. Antibiotics are one example of this: They’re extraordinarily valuable but cheap to buy when the supply is uninterrupted.

They’re also taken for short periods of time, by design, which means they’re not as profitable for companies as an ongoing business stream. Companies have tended to focus on more expensive pharmaceuticals that will be taken over longer time periods to treat chronic conditions. It makes more business sense from that perspective.

Part of the problem is that U.S.-based manufacturing is not as cost effective as in India and China, “so we’re unable to offset the labor and other costs,” said Numerof. “But the FDA has made a point within the last year that there are advanced manufacturing technologies available that could allow pharmaceutical manufacturers to look onshore.”

That’s not to say that everything should be manufactured in the U.S., she said, but “given the scrutiny the pharmaceutical industry is under, and the fact that it’s on the receiving end of a lot of negative press, it’s a good time to re-think what they do.”

Making vaccines isn’t the easiest thing in the world to do. Virus strains reinvent themselves, and there are new clinical trials, new tests. In order for manufacturing to be able to do it effectively, there needs to be a research-based foundation of knowledge on the industry’s part; from there, the processes improve as companies gain more experience and achieve economies of scale.

It’s not an instantaneous process — it takes time. And according to Numerof, it’s the result of a combination of positive pressure, opportunity and public outcry.

Since there’s probably not a legislative solution to the issue, leaders in the space will likely have to take the charge, realizing that there’s a viable business opportunity that exists.

It’s coming to that realization that could prove challenging. Large companies are selling parts of their businesses because they’re moving away from over-the-counter drugs, viewing that space as less profitable. They’ve migrated into other areas of innovation, and these tend to be more high-profile, high-risk pharmaceuticals.

Because it hasn’t historically been seen as a pressing need, APIs and maintaining control over the supply chain hasn’t been a mainstream issue. But that could change.

“People tend not to change until they’re forced to,” said Numerof. “So if you play out that basic ingredient of human behavior, most organizations don’t make changes until they have to, until there’s enough pressure, along with opportunity, to do something differently. When those things come together, when there’s opportunity around the corner, that’s when you have convergence that leads to change. Until those two things happen, you’re not going to see the changes we’d like to see.”