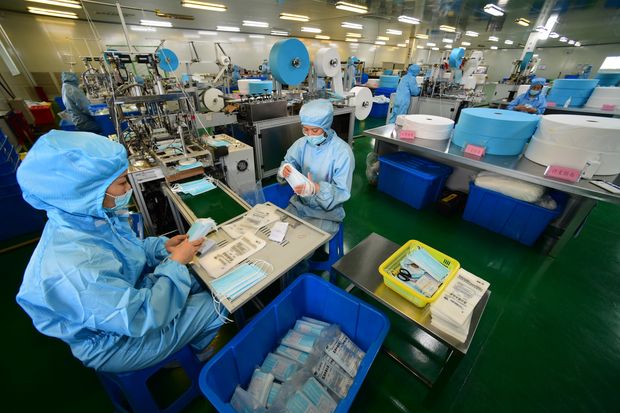 More cases of the novel coronavirus were reported globally, from Australia to South Korea, as some health officials warned it would be impossible to fully contain the pathogen now that infections are spreading within many communities.

On Thursday, Australian officials said there were now 52 confirmed cases of the virus, up from 41 a day earlier. Six people who tested positive had no history of overseas travel and four of those cases are associated with a nursing home in Sydney, including a 95-year-old who recently died—indicating that transmission among local residents is under way. The source of infection for three other cases is being investigated.

The Latest on the Coronavirus

“We do have an evolution happening in the spread of this virus,” said Brad Hazzard, the health minister for New South Wales state, which includes Sydney. Authorities are trying to stop the spread but containment is “an unlikely outcome,” he said.

Community transmission is a milestone for any disease and makes it more difficult for health officials given that the virus could be circulating among the general public.

Several countries reported increases in coronavirus cases. South Korea, the hardest-hit country outside of China, said Thursday afternoon it now has 6,088 coronavirus cases, up by 467 from a day earlier. Japan reported 33 more cases, bringing its total to 317, while New Zealand confirmed its third case.

Japan said Thursday that a visit to Tokyo by Chinese President Xi Jinping, scheduled for April, has been postponed due to the epidemic.

The number of cases in the U.S. has risen to 159, with 11 deaths, according to data from Johns Hopkins University. In Washington state’s King County, which includes Seattle, officials on Wednesday disclosed 10 new cases of infection, bringing the county’s total to 31. Most of the new cases were residents of a nursing home that has become the center of an outbreak, suggesting the virus is spreading between people in the community there.

“The biggest thing is the announcement of community transmission in various places,” said Siouxsie Wiles, an associate professor in microbiology at the University of Auckland in New Zealand. “That’s starting to change the picture quite a bit.”

In California, Gov. Gavin Newsom declared a state of emergency so the government could make more resources available to combat the virus’s spread. He said the state’s confirmed cases rose to more than 50. One person, an elderly patient with underlying health conditions, died, according to health officials in Placer County near Sacramento.

New Zealand officials said the country’s third case of the virus appeared to be “family transmission”—a man in his 40s with close family who recently returned to New Zealand after visiting Iran. Three other members of the man’s family had previously been unwell. Officials said some family members flew from Doha, in Qatar, to New Zealand’s largest city, Auckland, on Qatar Airways Flight 920, departing Feb. 22.

In China, where the epidemic got its start late last year, authorities reported 139 new cases on Thursday, up from 119 on Wednesday. Infections outside of China have been outpacing infections inside. There have been more than 95,000 cases of infection world-wide, with about 15,000 outside of China, according to data from Johns Hopkins. Globally, about 3,200 people have died.

Chinese authorities also reported two new coronavirus cases from people who recently returned from overseas, bringing the total number of infections originating abroad to 20. Local authorities said those two new cases were a mother and daughter who came from Italy, which has also been hard hit by the coronavirus.

Efforts to contain the virus have already forced airlines to cancel flights, public gatherings to be suspended and business conferences to be postponed, presenting a significant challenge to global economic growth.

Australia’s government beefed up travel restrictions Thursday, saying that it wouldn’t allow travelers who had recently been to South Korea to enter the country. It already had restrictions in place on mainland China and Iran.

In the U.S., the House of Representatives passed an $8.3 billion emergency spending package on Wednesday to combat the virus. Italy, meanwhile, became the latest country to close its schools.

Raina MacIntyre, a professor and head of the biosecurity program at the Kirby Institute at the University of New South Wales, said the evidence of community transmission suggests there are more people, without showing symptoms, who are spreading the virus than health officials initially realized. Covid-19, the name for the illness caused by the virus, has flulike symptoms including fever and coughing.

“I don’t think we’re at the peak, I think we’re at the beginning of the increase,” Ms. McIntyre said, noting that it could take up to two weeks for infected people to start showing symptoms. “There’s going to be some time delay in seeing the epidemic unfold.”