Coronavirus can be controlled: Over 68,000 have recovered so far globally

The Coronavirus outbreak has taken the world by a storm, with governments globally scrambling to control the outbreak, which has so far infected over 125,000 people and killed more than 4,500 across 114 countries. Even as the virus forces countries to quarantine citizens, lock down borders and suspend travels, the number of recoveries across the world so far has been 68,000, according to data collated by the Johns Hopkins University & Medicine.


The data show that over 50,000 people have recovered in China’s Hubei province alone. Hubei has been the most affected by the outbreak. Iran, also affected badly and facing difficulties owing to several US sanctions and poor medical facilities, has seen over 2,900 recoveries so far. The country has also reported over 400 deaths, the most after China and Italy.


While over 90 per cent of the cases are confined to four countries – China, South Korea, Italy and Iran – the first two have lately seen a significant drop in new Covid-19 cases.


The University data show that in Italy 1,045 of the 12,462 reported cases have recovered, while over 800 have died. The mortality rate among recorded cases in Italy is 6.6 per cent, against 2-2.5 per cent in China. The region around Milan in northern Italy has been the worst hit by the virus.


Indian govt springs into action amid spurt in cases


The situation in India, which has seen a spurt in positive Coronavirus cases since last week, is different. The number of total Coronavirus cases in the country on Thursday rose to 74, with 14 fresh cases being reported. Nine new cases were reported in Maharashtra, and one each in Delhi, Ladakh, Uttar Pradesh and Andhra Pradesh. Even as Prime Minister Narendra Modi-led government has suspended all tourist and medical visas until April 15, there have been only four recoveries in the country so far. 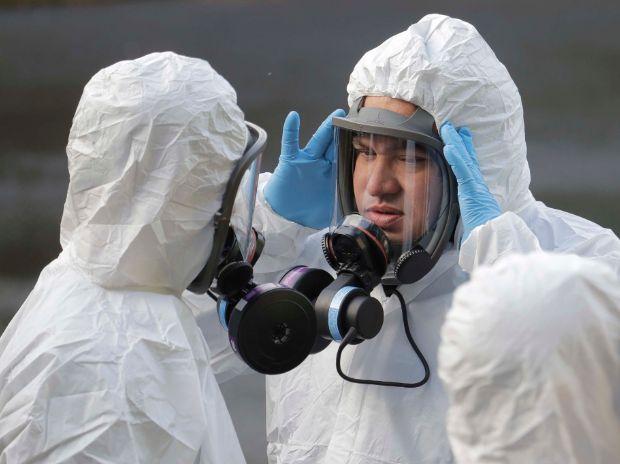 A worker from a Servpro disaster recovery team wearing a protective suit and respirator adjusts his mask before entering the Life Care Center in Kirkland, Wash. AP


The government has been quick in raising isolation wards with the help of the Indian Army to quarantine foreign tourists coming from affected countries.


Numbers will rise but the outbreak can be controlled: WHO


The World Health Organization (WHO), which declared the outbreak a pandemic on Wednesday, said: “If countries detect, test, treat, isolate, trace, and mobilise their people in the response, those with a handful of cases can prevent those cases from becoming clusters and those clusters from becoming community transmission.” 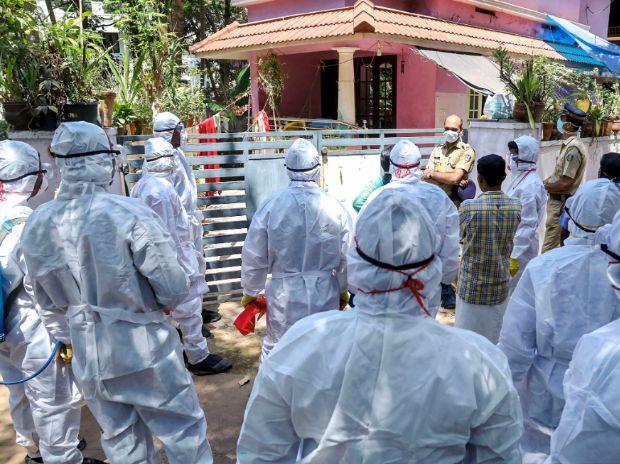 Health officials along with police raid houses to cull domesticated birds to prevent spread of bird-flu, at Vengeri in Kozhikode. PTI


While the WHO observed that several countries had demonstrated COVID-19 could be suppressed and controlled, it said: “In the days and weeks ahead, we expect to see the numbers for reported cases, deaths and affected countries climbing even higher.” The WHO added: “We have never before seen a pandemic sparked by a Coronavirus. This is the first pandemic caused by a Coronavirus. And we have never before seen a pandemic that can be controlled, at the same time.”


While researchers strive to find a cure to the deadly virus, Johns Hopkins Bloomberg School of Public Health has found in its latest study that Covid-19 incubated in 5.1 days. According to the findings, published in the journal Annals of Internal Medicine, “for every 10,000 individuals quarantined for 14 days, only about 101 would develop symptoms after being released from quarantine”. The estimate of the disease incubation period of the virus makes it easier for epidemiologists to gauge the likely dynamics of the outbreak and allows public health officials to design effective quarantine and other control measures while also providing relevant cues for the development of a drug. 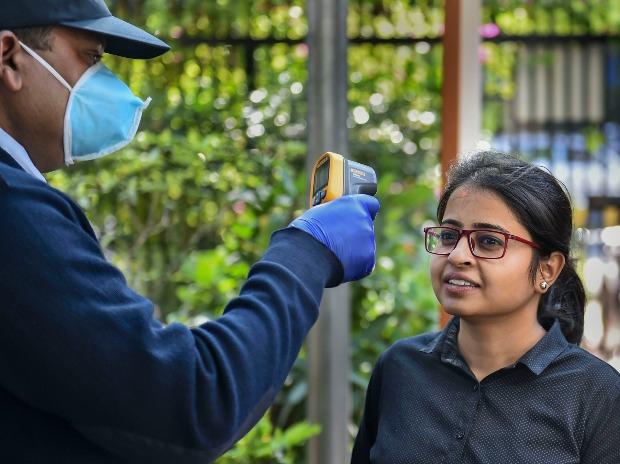 An official uses a thermal screening device on an employee in the wake of deadly coronavirus, at an office in New Delhi


It has been found that with Covid-19 the time between the onset of the disease and death is fairly significant, at two to three weeks or more. By comparison, the analysis suggests, 97.5 per cent of people who develop symptoms of SARS-CoV-2 infection will do so within 11.5 days of exposure.


“The current recommendation of 14 days for active monitoring or quarantine is reasonable, although with that period some cases would be missed over the long term,” Justin Lessler said on the publication of the research, co-authored by Stephen Lauer and Kyra Grantz, and Qifang Bi, Forrest Jones, Qulu Zheng, Hannah Meredith, Andrew Azman, Nicholas Reich, and Justin Lessler.