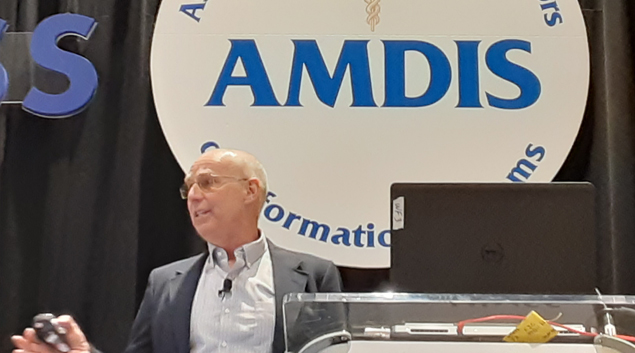 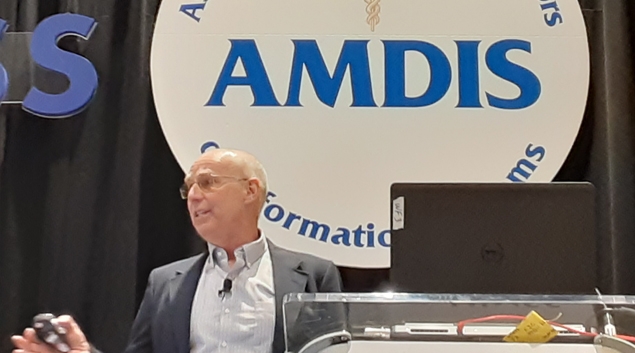 Dr. Dean Sittig, professor at the University of Texas Health Science Center at Houston, speaks at the HIMSS22 conference in Orlando.

ORLANDO – It’s been less than a year since the Department of Health and Human Services implemented a new measure to the Protect Patient Health Information objective requiring eligible hospitals and critical access hospitals to complete an annual assessment of SAFER (Safety Assurance Factors for EHR Resilience) Guides. Since August, hospitals now have to report on what SAFER measures, if any, have been taken.

Dr. Dean Sittig, a professor at the University of Texas Health Science Center at Houston, worked on the SAFER Guides, and on Monday, during his session “Using SAFER Guides to Conduct a Self-Assessment of EHR Safety” at HIMSS22 in Orlando, he gave suggestions on how to conduct the assessments – and stressed the importance of clinician involvement.

“You shouldn’t leave this to your quality people, your risk management people,” said Sittig. “You want to make sure clinicians are involved, because these things will affect you and your physician colleagues. CMS also thought it was important that we had some physicians involved.”

Per the Centers for Medicare and Medicaid Services, the annual assessments begin with the electronic health record reporting period this year, which Sittig called an important milestone in health IT safety policy, one that affects nearly every hospital in the country.

While Sittig does not speak for HHS or the Office of the National Coordinator for Health Information Technology, his experience helping various organizations conduct SAFER assessments has uncovered some valuable lessons and best practices.

When evaluating the safety of an EHR, he said, “You have to have coded data. We need more of it. Everyone thinks natural language processing is going to help us get coded data, but it might be 90% accurate, and that’s not good enough.”

The team doing the assessments is also an important factor. When crafting SAFER Guides and doing assessments, it’s best, said Sittig, to have clinicians and support staff on the team, as well as administrators and at least one representative from the EHR’s developer, since they’re the ones who put the coding system behind the user interface.

“You want to get some other people involved,” he said. “A lot of this is going to fall on the CMIO or someone like that, who should be leading it because they know the risks involved in doing these things. This is important stuff. It’s informatics.

“You’ll want to have people from other parts of the hospital and ancillary systems,” said Sittig. “You want to have clinicians involved because they’re using a lot of these systems. You want the people on the committee to be the kind of people who can break down a barrier or facilitate action. The MDs are the ones in the hospital who can help get things done.”

Ultimately the team should consist of between eight and 15 people, but there’s another entity that should be involved: the EHR vendor itself. The closer the relationship with the vendor, the more likely it will be that the team will be able to make meaningful progress. Since hospital and health system staff don’t have much say in how externally hosted systems are customized, that means the vendor has the primary responsibility of making sure things are working.

Ideally, the vendor will have made an EHR implementation guide; if they haven’t, Sittig believes the hospital should ask them to. That makes it easier to compile evidence that the hospital has followed the SAFER Guides.

That evidence could come in handy if CMS knocks on the door and asks for proof that the hospital has implemented the guides. As a failsafe, Sittig believes the assessment team should apprise the hospital governance board.

Some SAFER recommendations take about six months to implement, and it can be difficult. But hospitals should shoot for about 85% implementation, which is about the best they can hope for at this point.

“Preparing for annual assessments this year will be difficult,” said Sittig. “Next year should be a lot easier.”