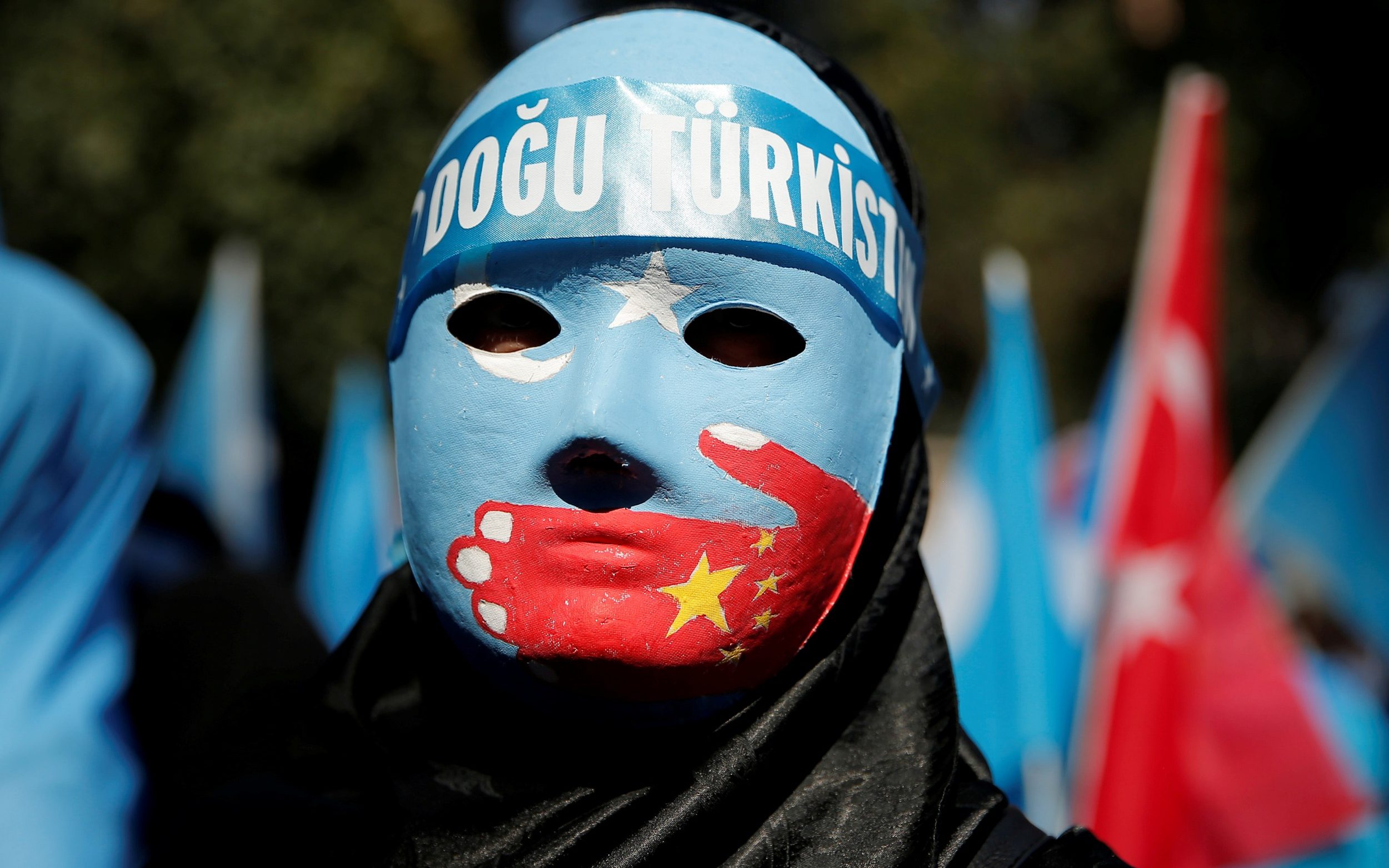 Britain’s CCTV watchdog has stepped up a row with Hikvision, the Chinese state-backed camera maker, pulling out of the industry’s annual conference in protest at its sponsorship of the event.

Fraser Sampson, the biometrics and surveillance camera commissioner, refused to speak at next month’s CCTV User Group’s Vision conference after it took money from Hikvision.

The company has been accused of helping Beijing spy on China’s Uyghur minority.

More than 1.3m Hikvision cameras are installed across Britain from NHS hospitals to schools and council CCTV.

The company has been blacklisted by the US government, which said it was implicated in repression and surveillance of Uighurs in China’s Xinjiang province and that it was controlled by the Chinese military.

Mr Sampson said Hikvision had repeatedly refused to answer questions about whether its cameras are deployed in Chinese internment camps and whether it accepted that crimes are being committed against Uighurs in the region.

He said he had planned to use his speech next month to highlight concerns about Hikvision to the rest of the industry.

In a letter to Justin Hollis, Hikvision’s marketing director for the UK and Ireland, Mr Sampson said the company had shared “inconclusive correspondence” and that “given the level of public attention that has arisen from the treatment of Uyghurs and the inextricable contribution made by surveillance technology, I think this will attract a great deal of interest at the conference”.

Mr Hollis responded by asking that sensitive details of their meeting be kept out of the public domain so that it was not seen by “anti-Hikvision and anti-China platforms”.

Mr Sampson said he had pulled out of the conference after the CCTV User Group declined to suspend Hikvision and return its membership fees.

“I said that this is a pretty poor way of conducting business and that I won’t be attending,” he said, adding that there were “serious ethical and human rights concerns in procuring equipment from companies accused of genocide and human rights violations”.

Hikvision, which is 42pc owned by the Chinese state, has said it takes all concerns seriously.

The CCTV User Group said it had offered to suspend Hikvision from the conference if Mr Sampson and the company could not resolve their differences, but that the commissioner had chosen to withdraw.

“We share the concern of the commissioner and many others over the treatment by China of the Uighur Muslims in Xinjiang. However, in the absence of UK government guidance, we don’t feel it is the role of the CCTV User Group to act as regulator or to sanction any company,” it said.