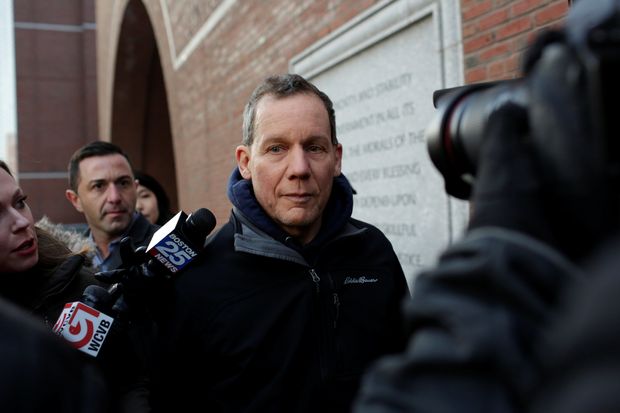 When officials at the Texas A&M University System sought to determine how much Chinese government funding its faculty members were receiving, they were astounded at the results—more than 100 were involved with a Chinese talent-recruitment program, even though only five had disclosed their participation.

A plant pathologist at the Texas system, where the median annual salary for such scientists employed by the state is around $130,000, told officials that the researcher had been offered $250,000 in compensation and more than $1 million in seed money to start a lab in China through one of the talent programs. The researcher ultimately rejected the offer, according to the Texas system’s chief research security officer,

who led the recent 18-month review that has garnered praise from U.S. officials.

The arrest of a leading Harvard University scientist this week for allegedly concealing more than $2 million in Chinese backing underscored how serious Beijing is about attracting top talent.

Such funding is just the tip of the iceberg, by China’s own account. A decade ago the Chinese government pledged to spend what would amount to more than $2 trillion today to reverse a longstanding brain drain to the developed world in a quest to dominate the technologies of the future.

All of the targeted researchers in the Texas A&M system are working in fields identified by Beijing as priorities for scientific advancement, said Mr. Gamache. “We don’t see the same offers for English majors.”

Beijing has denied attempting any systematic effort to steal U.S. scientific research, and Chinese state media have said the U.S. is using allegations of intellectual-property theft as political tool.

A Wall Street Journal examination of dozens of similar offers involving researchers at the University of Texas’s MD Anderson Cancer Center, Emory University, the University of Kansas, Michigan’s Van Andel Institute, Florida’s Moffitt Cancer Center and elsewhere in recent years shows how the influx of Chinese money has jolted generally accepted views of academic freedom and national security, leaving both the U.S. government and research communities grappling with how to respond.

Charles Lieber, a pioneer in nanotechnology, allegedly signed a contract with Chinese counterparts under which he would be paid around $50,000 a month, plus another $150,000 a year for personal expenses; he was also promised—and received—more than $1.5 million to establish a research lab at the Wuhan University of Technology, according to prosecutors.

He is specifically charged with deliberately lying to U.S. government investigators when asked if he received Chinese talent-plan funding, rather than simply omitting the information on forms. The FBI has historically pursued similar China-related cases only when they allegedly involved stealing trade secrets, more commonly in the corporate sector. But the agency recently began prosecuting people in academia—where much research is intended to be shared publicly—on lesser charges such as false statements or fraud. An attorney for Mr. Lieber declined to comment Thursday.

At the Moffitt Cancer Center in Tampa, Fla., a researcher allegedly inked a similar deal to receive around $300,000 in salary, research funds and lab space, according to an internal report dated Jan. 17, 2020, that Moffitt provided to the Journal. He also received $80,000 to offset his purchase of a $200,000 apartment in Tianjin, where he was affiliated with the Tianjin Medical University, the report said.

And at the University of Texas’s MD Anderson Cancer Center, where a federal probe dating back to 2015 prompted broader U.S. interest in Chinese talent programs several years later, investigators for MD Anderson said they discovered that one of the center’s top researchers also had a post as chief scientist at a lab at China’s Qingdao Cancer Institute. Investigators found a Chinese media report saying he received a check for 100 million yuan (around $14 million) from local officials, according to an investigative memo provided by MD Anderson. The researcher, Zhimin Lu, who wasn’t named in the memo, declined to answer questions from the Journal. The memo said he denied receiving the award, but the institute didn’t find his explanation credible.

While accepting foreign funding isn’t illegal, U.S. authorities require researchers to disclose it when applying for U.S. taxpayer-supported grants, saying failure to do so can distort allocations of billions of dollars. It can also result in the “hidden transfers of information, know-how and time,” said Kelvin Droegemeier, the director of the White House Office of Science and Technology Policy.

A November report by the Senate Permanent Subcommittee on Investigations included talent-plan contracts mandating U.S. researchers to grant intellectual property rights to their Chinese counterparts, as well as to keep their contracts confidential and steer clear of China’s “internal affairs.”

In January 2013, according to the criminal complaint, Mr. Lieber’s contact at Wuhan emailed him a five-year agreement to conduct research on a technology over which the U.S. and China are in fierce competition: “Advanced research and development of nanowire-based lithium ion batteries with high performance for electric vehicles.”

At a detention hearing Thursday, Magistrate Judge Marianne B. Bowler ruled that Mr. Lieber could be released and set a $1 million cash bond that he must deliver within five business days. He and his wife also must surrender their passports and not leave Massachusetts pending trial, and Mr. Lieber must avoid contact with the Wuhan university, Peking University and the Chinese Academy of Sciences. His travel is restricted to Massachusetts.

U.S. scrutiny of Chinese talent programs has caused friction with many university officials who see unclassified research as inherently borderless and international collaboration as a net positive.

In a December paper examining the history of the Chinese talent plans, a professor emeritus at the Hong Kong University of Science and Technology, David Zweig, questioned some of the U.S. government’s allegations about the plans. He said “the possible closing down of cooperation in the biomedical field is a global problem—despite the Chinese theft of [intellectual property]—as these collaborations have yielded important findings that have improved human health.”

Many U.S. academics have also criticized federal investigators for what they saw as discriminatory behavior given the series of recent cases brought against Chinese nationals and Chinese Americans. The FBI has said it was pursuing people based on patterns of behavior, not ethnicity. Mr. Lieber is among the first non-Chinese scientists charged to date.

Beijing launched the Thousand Talents Plan—the best-known of hundreds of similar Chinese programs—in 2008. In 2010, the government pledged to increase China’s “talent pool” from 114 million to 180 million people by the start of this year. It would raise spending on human resources to 15% of the country’s gross domestic product. By that measure, the figure would have exceeded $2.1 trillion last year. It isn’t known how much China has actually spent or, for the most part, what it has gotten from the international researchers it has sponsored.

In multiple instances, U.S. researchers appear to have gone out of their way to avoid disclosing Chinese funding to their primary employers.

A former scientist at Los Alamos National Laboratory pleaded guilty last week to lying to an investigator at the lab about his participation in the talents program.

Harvard’s Mr. Lieber emailed an associate in April 2018, two days after allegedly misleading Department of Defense investigators about his funding, according to the complaint: “I will be careful about what I discuss with Harvard University, and none of this will be shared with government investigators at this time.”

In Tampa, Moffitt’s board ousted its president and director last month for allegedly hiding their ties to the talents programs and four others left the cancer center over the issue. The former president, Alan List, and the former director, Thomas Sellers, haven’t responded to requests for comment.

The Moffitt researcher who allegedly received the $300,000, Sheng Wei, had committed to work at least six months each year for three years to cultivate additional researchers and develop his research in China, according to the internal report provided to the Journal and other media outlets following a public information request. According to the report, he later told internal investigators he had quit the program in 2013—which the report said was contradicted by other evidence. Mr. Wei couldn’t be reached for comment.

had disclosed to Moffitt his involvement with the Chinese talent program, the report said, but not the extent of the financial support which included $142,000 in annual research funding and $149,000 in “start-up” funding. At least one patent in his name was filed in 2017 through Central South University/Xiangya Hospital in Changsha, the report said.

“We are in the process of gathering data which we believe will shed light on these issues and show that there were no knowing or willful transgressions by Dr. McLeod,” his attorney, Theresa Van Vliet, said.

Moffitt has said there is no indication that research or patient care at the center was affected by the Chinese research funding.

Ultimately, the Texas A&M system, which won a counterintelligence award from the Defense Department in 2017 and was praised by Secretary of State

this month, hasn’t fired any researchers following the investigation, though some agreed to quit Chinese talents programs after university officials raised the issue, according to Mr. Gamache.

—Brian Gormley contributed to this article.