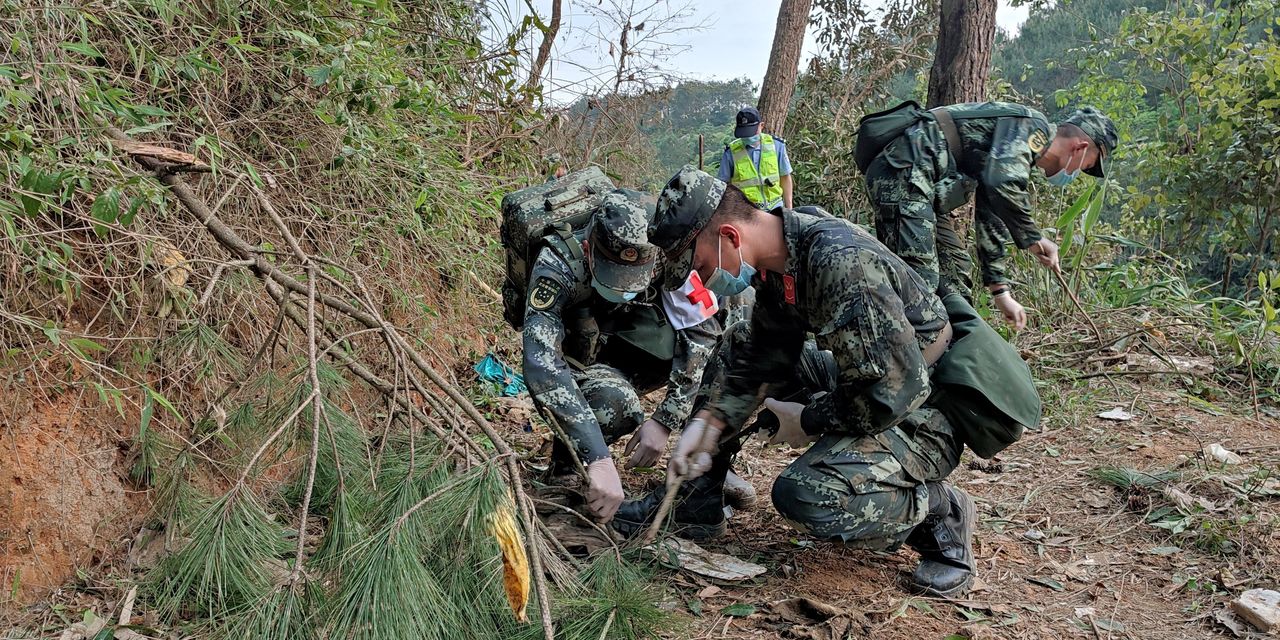 HONG KONG—An army of rescuers in southern China found no sign of survivors after spending Tuesday combing through wreckage at the site where a China Eastern Airlines Corp. Boeing 737 carrying 132 people plummeted to the ground a day earlier.

More than 2,500 rescuers had descended on the scene of the crash by Tuesday evening, local officials told reporters at a live-streamed press briefing. They collected identification cards, a wallet and the shredded remains of a school textbook, among other items that may have belonged to the passengers, according to footage and photos published by state media.