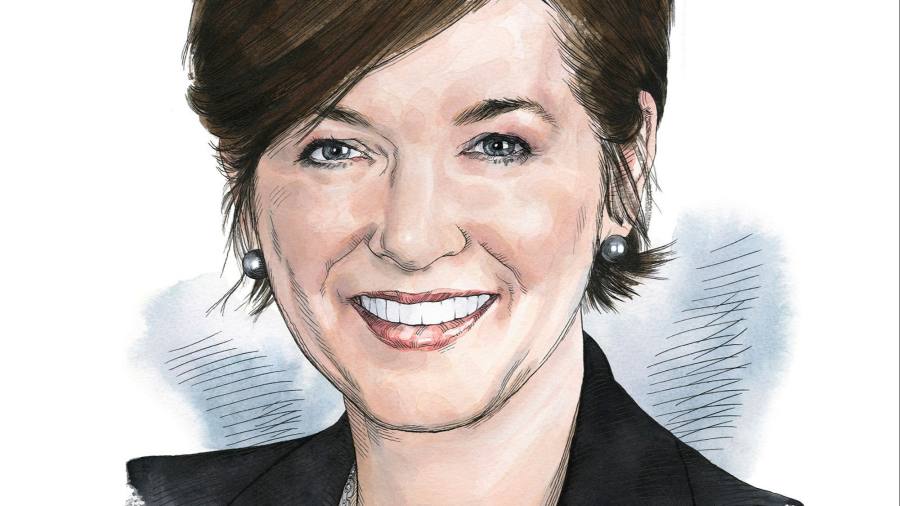 Margaret Franklin, the new head of the CFA Institute, failed her first round of tests when studying to become a chartered financial analyst.

She sat the first part of the CFA exams in 1994 as a new mother of a one-month-old boy. “I fell asleep in the morning exam. I thought I’d put my head down for just a moment and woke up significantly later, and did not pass my first level,” she says.

Although few will have made what she describes as an “insane” decision to take the test as a new mother, she is not alone when it comes to failing the CFA exams, which have been dubbed the world’s hardest. Only about 40 per cent pass the first level of the CFA exams, which are widely taken across the asset management industry. Fewer than one in five go on to receive the charter, which Ms Franklin was awarded in 1997.

It is a hard test, the chief of the association for investment professionals concedes. “For many programmes the difficult part is getting into the programme. The material and content, oftentimes, is not nearly as difficult as the entry.

“For us, anybody can take it, but the actual programme itself is difficult and rigorous.”

The 54-year-old took the job as chief executive of the CFA Institute, whose research arm publishes the respected Financial Analysts Journal, last September. She is the first woman to hold the position in the body’s 73-year history and has spent much of the past six months flying around the world.

Over coffee at the Ned, London’s hotspot for business meetings, Ms Franklin says she is worried about her carbon footprint. Small, lively and warm, she leans into the conversations in a way that gives the impression that she is taking the listener into her inner circle. As the conversation progresses she bats away requests for minute details, instead focusing on her overall argument.

Her appointment comes at a time of change for the CFA and the wider investment industry. The CFA’s charter programme has been hugely successful, but a battle for talent between finance and technology and a changing investment landscape is driving a rethink at the Charlottesville-based non-profit.

“We’re in really interesting times,” the Canadian native says. “Nobody practising right now has any playbook for this. Forty years ago, we were dealing with extraordinary inflation, largely through the energy markets and, for a long period of time, you had declining inflation, declining interest rates and growing GDP, and that is the perfect trifecta for all assets to do well.

“And whether we’re at the end of it or the tailing end of it, this is going to be a very challenging time,” she says. “People living for longer and lower-for-longer returns, that’s a pretty interesting mathematical equation.”

She cites an example from her own family of the challenge facing the industry. Her father-in-law started his teaching career aged 21 and retired at 50. Now aged 94, he has been drawing his pension from the Ontario Teachers’ Pension Plan for more years than he worked. Pension funds were never set up to operate this way, she says.

“It’s a maths problem for which there may not be an investment solution. And that’s why the complexity of what we’re dealing with requires really, really good people at the table. It requires deep thinking.”

The CFA’s job is to “capture those changing dynamics” and incorporate them into its flagship exams and into life-long learning, she says. As part of this, the organisation has been piling resources into developing post-charter education. It spent the past 18 months looking at the main jobs in the investment industry in order to develop a new competency-based further education framework, which will be launched later this year.

The conversation turns to Ms Franklin’s experience as a woman in fund management. A former competitive road cyclist, she worked at Barclays Global Investors when the chief executive was Patricia Dunn, one of the best-known female asset management bosses. “That, for me, is a normal ecosystem and it has had a lasting imprint on me.”

Reflecting on almost three decades in the industry, however, she says there were times when being a woman meant missed promotions and pay discrepancies. She cites an example of where a male employee she managed was awarded a similar bonus to her, with the justification that “he has a family to support”.

Now, she says, more and more businesses are thinking about diversity and tackling biases. As part of a CFA initiative, 20 asset managers are currently trialling various strategies to improve diversity and inclusions in their businesses.

Like the majority of the fund industry, the CFA is also looking to tap into growing demand for environmental, social and governance investing. The organisation recently launched a working group aimed at developing a taxonomy and standards for ESG investing, akin to the widely used global investment performance standards known as GIPS. More than 200 people applied to be on the working group.

She says the asset management industry is increasingly waking up to ESG risks, particularly when it comes to climate change where there are growing fears that the shift to a lower carbon economy could hit the valuations of some assets.

“You can see that Minsky moment when the market turns and pays attention to it, and there’s an immediate and material repricing of assets. And if your portfolio analysis and your due diligence and your research did not consider that, I think for most managers . . . that would create a problem.”

The CFA’s focus on ESG comes as younger people increasingly say they want to work in careers that make a difference. At the same time, the number of students sitting the upcoming CFA exams in June is expected to fall by more than 5 per cent, after a rapid rise during the past three years.

As well as ensuring clients’ cash is not put at risk, the growing focus on the environment will play a role in helping ensure the finance industry is an attractive place to work for young people, says Ms Franklin.

“We have a part to play in restoring the nobility of what we’re doing. At the end of the day, the financial system is not going away, asset management is not going away. It is a necessary activity, and done well can contribute so much to innovation, to financial security for citizens.”