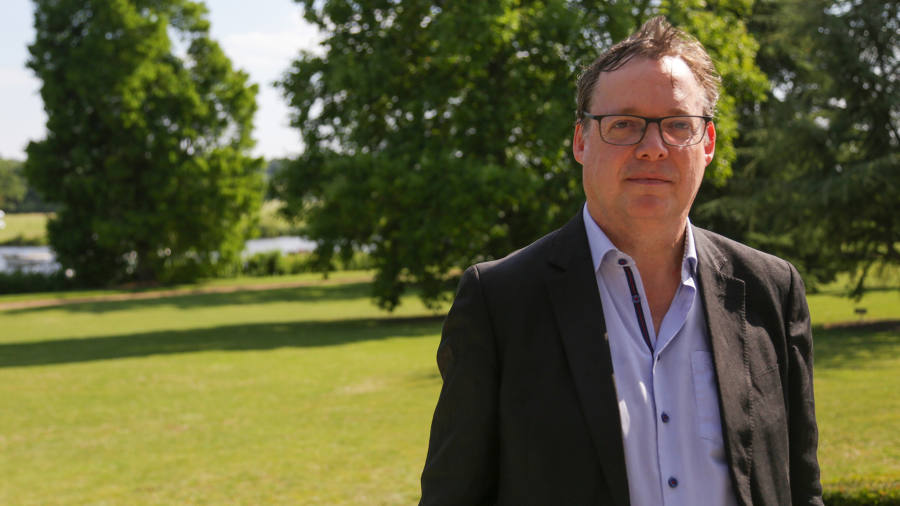 Risky derivatives are among John Board’s research interests, and the dean of Henley Business School weighs risk very carefully when deciding how much of its programme portfolio should be executive education.

“Executive education is very dependent on the economic cycle. When a recession is coming, the first thing big companies cut [is training],” he says. “Equally, as the economy recovers, executive education income rises. But that makes it a really dangerous market to be in.”

Prof Broad, who is celebrating 10 years as dean, is not afraid to rebalance the school’s offering and mitigate risk when needed. He was a vocal supporter of the 2008 merger between Henley and the University of Reading, some 20km away in southern England. Then, a year ago, he decided to “press pause” on Henley’s flagship MBA, as schools around the globe saw a dip in applications for the qualification.

But while some schools axed one- and two-year MBAs to focus instead on shorter executive education courses, Henley has put the emphasis on its masters in management, rather than exec ed.

That might seem surprising for a school that, since it was established in 1946, has spent most of its life building a reputation on executive education. Yet, since that 2008 merger, Henley’s exposure to executive education has fallen to about 20 per cent of its overall income.

Executive education is a high-risk, high-reward business. “Programmes are typically much more profitable than your average MBA or masters,” says Ian Hawkings, senior consultant at CarringtonCrisp, an education consultancy. “Custom programmes in particular are expensive and can provide [a school] with a large proportion of its income.”

But in a slump, schools weighted towards degrees can take shelter in MBAs and masters courses, which often receive more applications as laid-off employees use the downturn to upskill. “In contrast, if your business school weighs too heavily towards exec ed and the economy tanks, then revenues will disappear and there won’t be enough from other activities to make up the shortfall,” says Hawkings.

According to Bill Scheurer, executive director at Unicon — a global organisation of business schools that provide executive education — IMD, Hult/Ashridge, IMD, Ceibs and Fundação Dom Cabral are among the handful of schools whose activities are weighted most heavily toward executive education.

Besides profit, geography is another reason schools may focus on shorter programmes. If the school is in a big city or industry hub, near lots of businesses, it makes sense to provide a strong suite of executive courses. Others may do so because their locations do not attract the international students to fill out undergraduate, masters and MBA courses.

Ownership is another factor. ESMT Berlin, for example, is privately operated by a consortium of international businesses and heavily invested in executive education. Schools tied to a university are more likely to run programmes that complement those of the host institution.

Faculty are a further consideration: if a school has a “superstar” professor, it may be possible to build a course around their expertise, research and contacts.

In Switzerland, IMD was also founded in the 1940s but, unlike Henley, has continued to specialise in executive education alongside a relatively small MBA class. All 50 faculty are engaged in executive education, which accounts for about 80 per cent of the school’s activities and revenues.

“We bring a scholarly mindset to our engagement with executives, and the number of Harvard Business Review or MIT Sloan Management Review papers we write, per capita, is much higher than other schools,” says Anand Narasimhan, dean of faculty at IMD. “We bring a thinking mind to our interactions. But that does mean we need people who are consummate enough to teach executives. That requires special training, and having highly experienced professors across the faculty is expensive. We don’t have endowments supporting us, so if we cease to be relevant to the business community that supports us, we shut down.”

Prof Narasimhan says IMD is not overly concerned that professional services firms are looking at offering executive education. “We have been in executive education for 75 years, so we have a deep pedagogical experience in helping people learn,” he says. “Executive education is more than pushing content down a pipe.” He adds that IMD’s small size helps it adapt quickly and benefit from the shift to digital learning in the downturn.

It is vital faculty make this change swiftly, agrees Larry Murphy, president of executive education at the University of Virginia: Darden. “Schools will suffer consequences if they don’t make the necessary investments in technology and take this opportunity to upskill their faculty and make them comfortable with, and excited about virtual learning.”

At Iese in Barcelona, where 20-30 per cent of activities are geared towards corporate clients, Mireia Rius, associate dean for executive education, says this has a vital role in stimulating innovation at business schools. “The bespoke nature of custom programmes means they are very intensive in terms of the effort and resource needed to design and deliver them, but they help us introduce innovations that inform our work in our other programmes.”