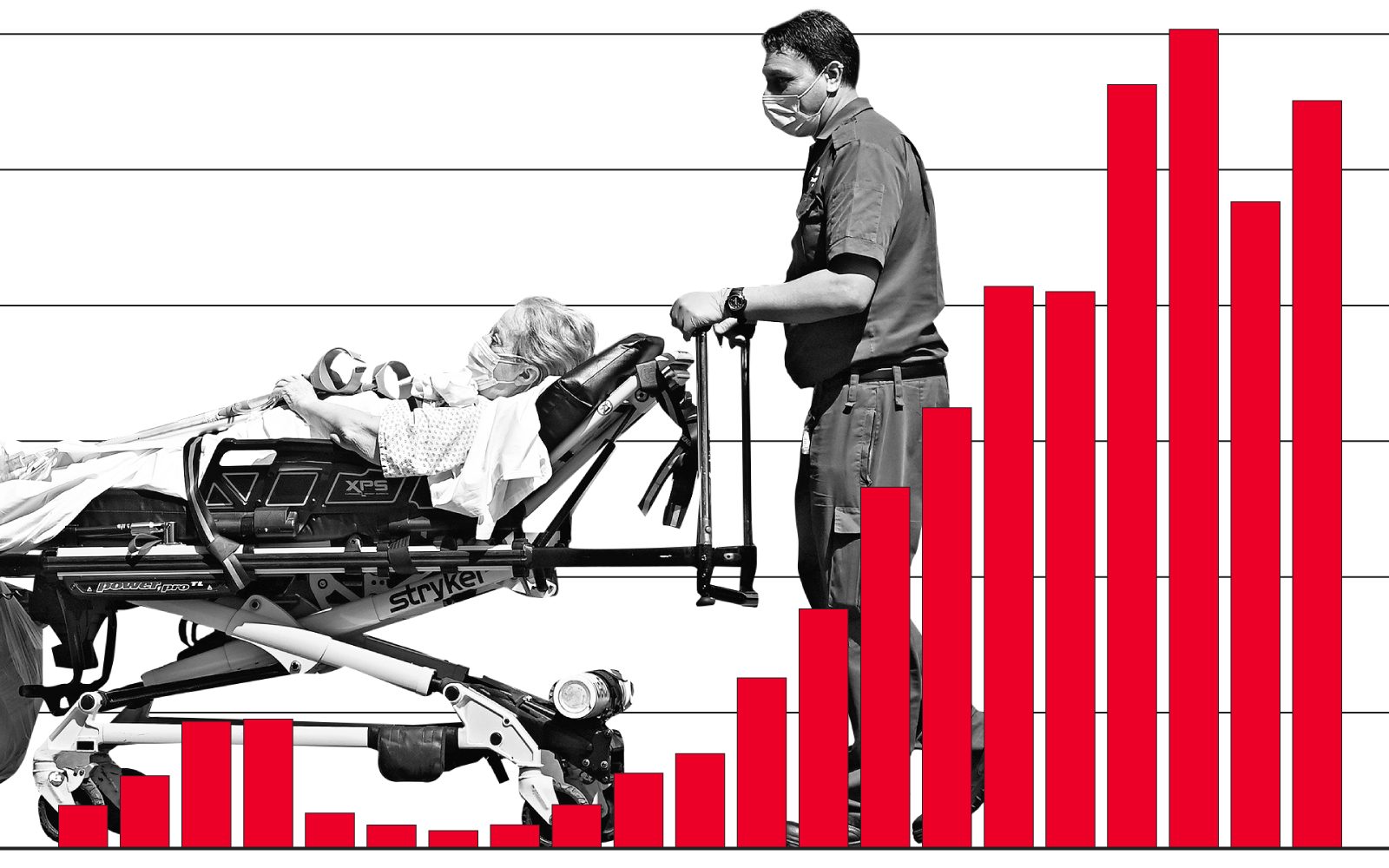 Stronger bargaining power is leading to faster pay growth, which hit 6.2pc year-on-year in the three months to May when bonuses are included. That is making the Bank of England’s job to stamp out the highest inflation for 40 years even more difficult amid fears of a dreaded wage-price spiral developing.

“There’s just a ton of economic, social, fiscal and business reasons why we should be doing better on helping people with health conditions, not just to get into work and stay in work, but also to be productive at work.”

It is not just the people waiting for treatment that have been forced to sideline work. Many have given up employment to care for relatives as they await treatment and social care services are stretched to breaking point.

“It’s almost like we’re on 24/7 care really, to be on alert for any phone calls or anything,” says Sue Stenton – who had to go private for social care. Stenton – who was a property manager in Scotland – says looking after family members has “taken over daily life”.

“No employer would put up with me having to have so much time off to care for them.”

Steff Bannister, a 24-year-old from Rossendale, has been forced to delay her entry into the workforce after a hip replacement. Charity Versus Arthritis estimates that six in 10 people with osteoarthritis say they could be forced to retire early and a fifth have reduced their hours.

“It’s been near enough a year since I’ve been on the waiting list,” says Bannister, who had her operation in June. “I’ve not been able to do my social work studies, which ultimately means it’s going to take longer to qualify and get a job.”

As Britain tries to repair its public finances following the pandemic debt binge, the NHS is becoming a major drain on resources.

The Government is already raising £18 billion from the 1.25 percentage point increase in National Insurance to fund NHS backlogs and social care. But experts say NHS backlogs are likely to suck up most of the money with the IFS saying the NI hike will need to double by as soon as 2025 to tackle the twin threats.

The NHS is the single largest item of public spending and the Office for Budget Responsibility has warned that more money for the crisis risks adding to government spending, which is already at its highest sustained level since the 1970s.

Any more money announced would be on top of the £13 billion boost already outlined in last year’s Spending Review. The next Prime Minister will also immediately face a decision on whether to top up the healthcare budget as inflation and higher pay rises erode the amount of money available.

Hunt, who served as health secretary from 2012 to 2018, warns there “will be less capacity in the system for tackling the backlog of operations” if the NHS has to absorb higher costs from wage rises.

“This is the very, very difficult judgement call the next prime minister is going to have,” he says.

The medicine for Britain’s workforce and NHS will be costly but experts say it is not just a case of throwing money at the problem. While New Labour slashed lengthy waiting lists in the late 1990s and 2000s through a concerted push to boost resources, the challenge is seen as far greater this time.

Easing staffing shortages is seen as the most important problem to resolve while some believe the NHS needs to prioritise the most urgent treatments.

Lord Warner – who served as a health minister for almost four years in Tony Blair’s government – says the NHS should focus on cancer over less serious problems.

“If you’re asking me what we do now, it’s cancer, elective surgery, partnership and diagnostics with the private sector and some kind of deal with private nursing home providers on more capacity.”

Hunt says: “There is a massive issue around efficiency and it’s partly because we’ve never invested properly in antiquated IT systems.

“We waste money on short-term backfilling of staff posts because we haven’t been training enough of them in the first place… The biggest waste is that we spend £6 billion a year on locum doctors and agency staff.”

There will be a “stampede to go private” if the problems are not sorted, says Hunt, who recently wrote Zero, a book on tackling the NHS’s post-Covid problems. He says funding holes could be eased by making the NHS the “Silicon Valley” of health by teaming up with the private sector, similar to during the pandemic.

“What I would be exploring is the incredible opportunity that we have with our life sciences industry working together with the NHS.”

The biggest crisis the NHS has ever faced has been conspicuous by its absence in the Tory leadership race. But the next Prime Minister could be forced to act as backlogs are expected to peak in 2024 shortly before the next scheduled general election.

While Rishi Sunak has admitted that the Tories will be “toast” at the next election if backlogs are not fixed, NHS bosses have accused the two candidates of failing to appreciate the unfolding crisis.

Wes Streeting, Labour’s shadow health secretary, expects the NHS backlogs will be a “key battleground at the next general election” but says the leadership race is happening in a “bubble” aimed at Tory members.

“Unless there’s recognition of the fundamental problem in the NHS, which is a lack of staff, there’s no hope of actually fixing the crisis,” he says.

“What concerns me is that in the Conservative leadership contest, we’ve had barely any mention of the NHS.”

Huge NHS backlogs will loom over the next election. Failing to tackle the crisis will come at a cost to the economy – and the new Prime Minister.