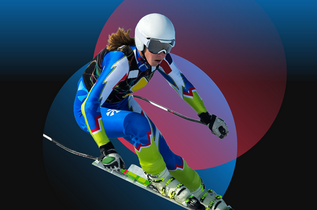 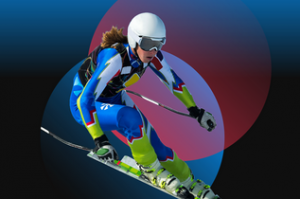 The Olympic and Paralympic Winter Games Beijing 2022 ended after a successful edition, despite the unique context in which the event was held. These games saw more than 3,400 athletes compete, supported by key digital systems which were orchestrated and secured by Atos, leveraging its global digital platforms, infrastructure, and cloud orchestration expertise. For 30 years, Atos has been supporting the Olympic and Paralympic Games, driving digital innovation so all sports fans can experience the athletes’ achievements in real-time from anywhere, and on any device. No rest for the brave: Atos teams have already started to work on the preparation of the Olympic and Paralympic Games Paris 2024.

Orchestrating the digital backbone behind 187 competitions

Atos provided more than 50 critical IT applications which supported the smooth running of the overall event, including 187 competitions over a month-long period. These included the Olympic Management System which supported the planning and operations (accreditations, workforce management, volunteer portal, competition schedule, sports entries and qualifications, eVoting) and the Olympic Diffusion System delivering real-time results to fans, journalists, and broadcasters worldwide. Atos also secured the IT infrastructure with cloud-based security services, including a Security Operations Center (SOC), a Computer Security Incident Response Team, endpoint detection and response, and vulnerability assessment services.

In a first for the Games, Atos deployed its systems on a public cloud. This resulted in the need to create applications that could run on different IT environments and to implement innovative technologies and ways of working, such as Edge computing or DevSecOps, in order to bring more security and agility to the whole architecture. All critical systems were orchestrated in the cloud from Atos’ Central Technology Operation Center in Barcelona, building on Atos’ cloud orchestration expertise.

“TheOlympic and Paralympic Winter Games Beijing 2022 saw billions of engagements across digital platforms,testifying to the growing popularity and connectivity of the Games. For this edition, the Atos teams once again had to be very agile, as the Tokyo 2020 Games took place a year later than planned,” said Rodolphe Belmer, Chief Executive Officer, Atos. “We are proud of our 30-year contribution to the Olympic and Paralympic movement and are now focused on our next challenge: the Olympic and Paralympic Games Paris 2024. A century after the last Olympic Games in Paris, we are more than happy to welcome the 2024 edition in our home city. No doubt these Games will be exceptional!”

“The Olympic Games have always been at the forefront of technological innovation. And Beijing 2022 was no exception thanks to our Worldwide Olympic Partner Atos, who played a key role in our approach and in the IT orchestration, and helped deliver safe and secure Games,” said Thomas Bach, President of the International Olympic Committee (IOC). “As a TOP partner, Atos is delivering key services that are the driving force of the Olympic Movement.”

“We like to think of the Atos team as our silent partner. We do not see them but we know that they are in the background performing an absolutely essential role. Their delivery of key IT systems for the Paralympic Games allows us to engage with a worldwide audience and deliver a message of inclusion,” saidAndrew Parsons, President of the International Paralympic Committee (IPC). “Over the nine days of competition our athletes exemplified how Change Starts With Sport. And by connecting, securing and digitally enabling the Beijing 2022 Paralympic Winter Games to all stakeholders worldwide, the Atos teams played an important role in helping us tell the story of how our Games are a platform for disability visibility, accessibility, and equality of rights.”

Atos is a global leader in digital transformation with 109,000 employees and annual revenue of c. €11 billion. European number one in cybersecurity, cloud and high-performance computing, the Group provides tailored end-to-end solutions for all industries in 71 countries. A pioneer in decarbonization services and products, Atos is committed to a secure and decarbonized digital for its clients. Atos is an SE (Societas Europaea), listed on Euronext Paris and included in the CAC 40 ESG and Next 20 indexes.

The purpose of Atos is to help design the future of the information space. Its expertise and services support the development of knowledge, education and research in a multicultural approach and contribute to the development of scientific and technological excellence. Across the world, the Group enables its customers and employees, and members of societies at large to live, work and develop sustainably, in a safe and secure information space.