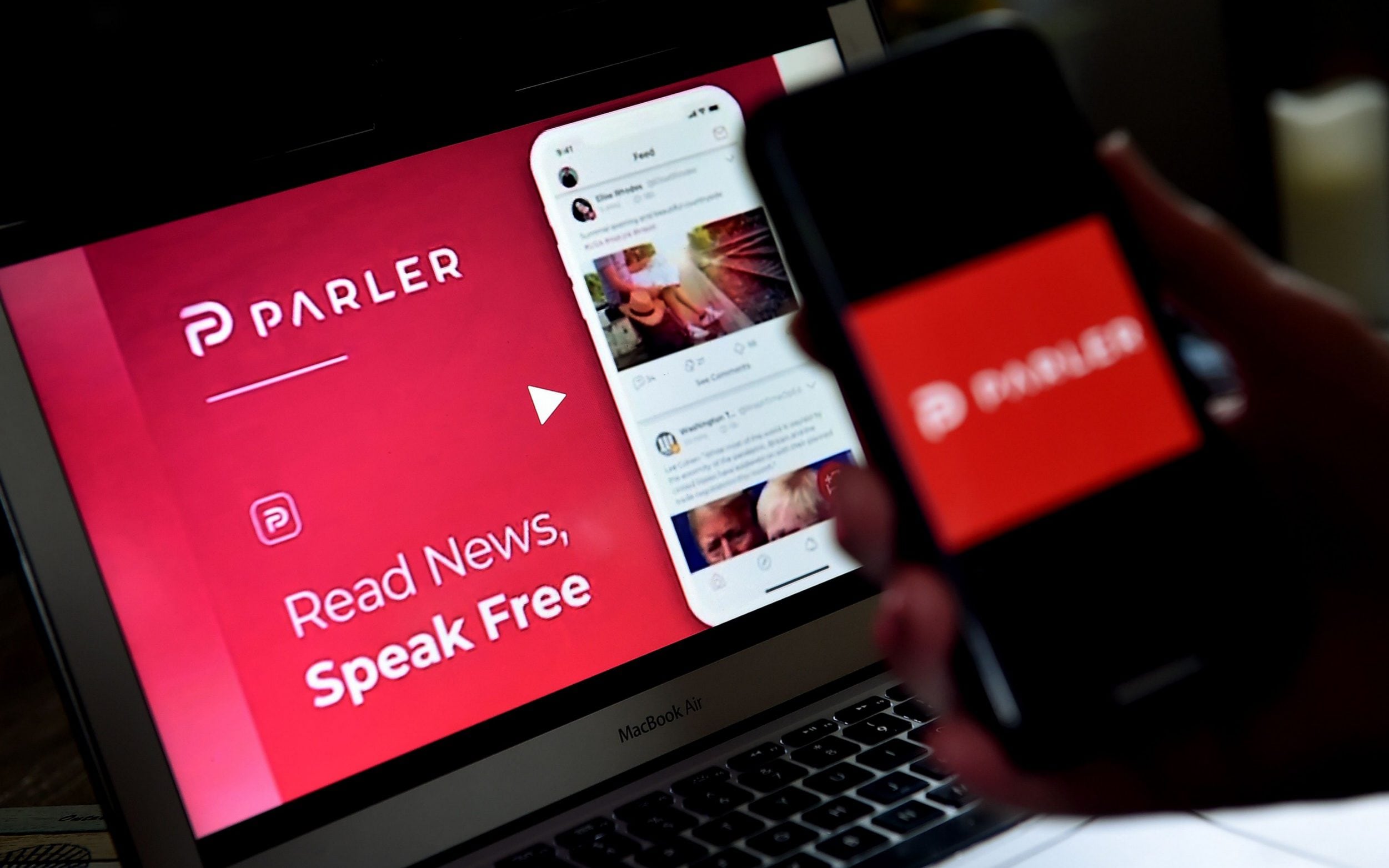 Apple and Amazon are removing Parler from their services as part of a growing backlash after the social media network was among those used to organise Wednesday’s riots at the US Capitol.

Apple dropped Parler from its App Store, while Amazon’s cloud unit decided to stop hosting the social media platform from Sunday night. They joined Google, which removed the app from its Google Play store on Friday, saying that it created an “ongoing and urgent public safety threat”.

Parler, which is popular with extremist groups seeking an alternative to more mainstream social media sites, has come under fire since the storming of the Capitol by a pro-Trump mob.

The move by the tech companies will leave Parler ending the weekend without easy access to virtually all of the world’s smartphone users and scrambling to find a new company to host its services.

Apple’s decision came a day after the Cupertino, California-based technology giant threatened to remove the app, telling Parler developers Friday they had 24 hours to provide Apple with a plan for moderating and filtering the service.

Apple rejected those efforts as a solution in its explanation for removing the app. “We have continued to find direct threats of violence and calls to incite lawless action,” Apple told Parler on Saturday, adding that the measures were “inadequate to address the proliferation of dangerous and objectionable content on your app”.

Also on Saturday, Amazon Web Services wrote to Parler about its decision to suspend its AWS account, according to a letter seen by Bloomberg. The largest cloud computing provider said it had informed the social media company of 98 instances of posts inciting violence in recent weeks, and that Parler’s plans to moderate its content were insufficient.

“We cannot provide services to a customer that is unable to effectively identify and remove content that encourages or incites violence against others,” according to the letter, signed by AWS’s Trust & Safety Team and addressed to Parler chief policy officer Amy Peikoff. BuzzFeed News reported Amazon’s plans earlier.

Apple’s removal also means Parler will stay off the App Store on the iPhone, iPad and other devices until it is able  to show its “ability to effectively moderate and filter the dangerous and harmful content on your service,” Apple added.

Apple’s decision to drop the app from its store will not remove versions of Parler already installed on Apple devices.

However, Amazon’s decision means the app won’t be functional unless Parler finds a replacement web host. Parler’s chief executive John Matze said its services may be affected by up to a week.

Apple’s move is likely to have a greater impact than Google’s as Android allows apps to be installed by means other  than its Google Play Store, while the iPhone and iPad are much more restrictive.

On its App Store page, Parler described itself as a “non-biased, free speech social media focused on protecting user’s rights.” The service has gained popularity with extremists as Facebook and Twitter crack down on users who promote violence.

Mr Matze said in a Parler post that most of its users are “non-violent people who want to share their opinions”.

“We will try our best to move to a new provider right now as we have many competing for our business, however Amazon, Google and Apple purposefully did this as a coordinated effort knowing our options would be limited,” he said. “This was a coordinated attack by the tech giants to kill competition in the market place.”

Before its removal on Saturday, Parler jumped to the top of Apple’s App Store charts, becoming the most downloaded free app on the store. Parler also ranked 18th among free apps on Apple’s App Store over the last 90 days, according to Apptopia data.

Parler was “used to plan, coordinate, and facilitate the illegal activities in Washington, D.C. on Jan. 6, 2021 that led (among other things) to loss of life, numerous injuries, and the destruction of property,” Apple said in Friday’s letter to Parler’s developers when it threatened to remove the app.