Afghanistan’s Ashraf Ghani Defends His Decision to Escape, Says He Is a Scapegoat 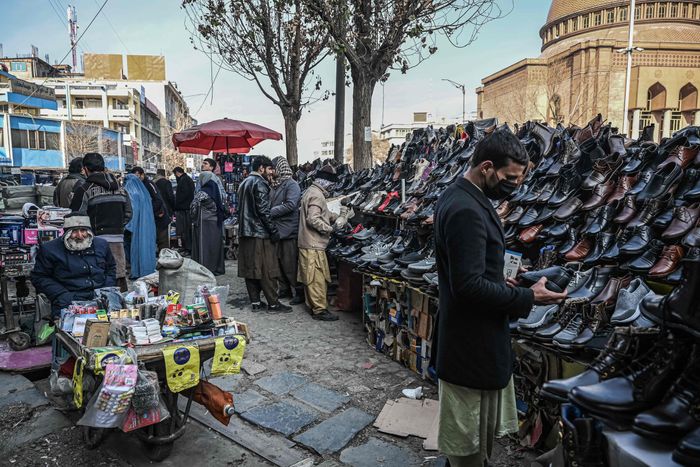 said in his first broadcast interview since fleeing Kabul that he escaped abroad because his security detail had told him that it couldn’t defend him. He added that he also sought to prevent the Afghan capital from becoming a battleground between rival Taliban factions.

American officials, from President Biden down, as well as other leaders of the fallen Afghan republic, have pointed to Mr. Ghani’s flight on Aug. 15 as the reason the Afghan state suddenly collapsed and diplomatic efforts for a peaceful transition imploded.

Mr. Ghani broke more than four months of silence in an interview aired on Thursday by the British Broadcasting Corp. He was interviewed not by a staff BBC journalist but by Gen. Nick Carter, the recently retired head of the British armed forces. Gen. Carter dealt extensively with Mr. Ghani throughout his military career, which included a stint as deputy commander of U.S.-led coalition forces in Afghanistan. He was a guest editor on the flagship BBC morning radio show.

In the interview, Mr. Ghani blamed the U.S. for the collapse in Afghanistan, saying that his government was cut out of negotiations with the Taliban. “They erased us,” he said. He added that he should have followed the example of former President

in refusing to cooperate so closely with Washington.

“I trusted in our international partnership,” said Mr. Ghani, “instead of confronting continuously like my predecessor.”

In the weeks before the fall of Kabul, Mr. Ghani vowed repeatedly that he was willing to die defending his country. In the BBC interview, he said that his security team told him that if he took a stand, they would all be killed.

“On the morning of that day, I had no inkling that by late afternoon, I would be leaving,” Mr. Ghani said. “I had to sacrifice myself in order to save Kabul.”

Mr. Ghani said that even as he boarded a helicopter out of Kabul on Aug. 15, he thought he would fly to the eastern city of Khost, apparently unaware that it had already fallen to the Taliban. Khost was the base of an anti-Taliban security force trained by the U.S. Central Intelligence Agency. He went instead to Uzbekistan and from there to the United Arab Emirates, where he remains. “I did not know where we would go,” said Mr. Ghani.

At the time, two different factions of the Taliban were closing in on Kabul. Mr. Ghani said he feared a “massive conflict” between them would destroy the city—which would have been a repeat of the civil war between the mujahedeen factions that fought over the Afghan capital in the early 1990s. There has been no open conflict between Taliban factions in the past four months.

Afghanistan, now entirely under the control of the Taliban, is suffering an economic meltdown, in part because Mr. Ghani’s departure scuttled plans for a negotiated transition of power. The new Taliban administration has found itself under U.S. sanctions, with over $9 billion in Afghan central-bank assets frozen. More than half the population is facing starvation, according to the United Nations.

Mr. Ghani’s interview unleashed a deluge of anger from Afghans on social media. Haroun Rahimi, formerly a law professor at the now defunct American University of Afghanistan, called Mr. Ghani and his close aides “treasonous cowards.” Abdullah Khenjani, a former deputy minister, called the interview an insult to the miseries of the Afghan people.

In the BBC interview, Mr. Ghani blamed veteran American diplomat Zalmay Khalilzad, who negotiated the 2020 Doha agreement with the Taliban, for the Afghan republic’s collapse. “Process-wide, outcome-wise, the responsibility has to clearly rest” with Mr. Khalilzad’s team, he said. “It became an American, not an Afghan, issue….My life’s work has been destroyed, my values have been trampled on and I’ve been made a scapegoat.”

Mr. Ghani also dismissed as a Russian disinformation campaign the allegations that he fled Afghanistan with hundreds of millions of dollars. He said he welcomed a probe by

the U.S. special inspector general for Afghanistan, into those accusations, saying he wanted the U.N. or a private investigator to conduct an inquiry.

“I would be delighted to have any kind of investigation, including taking a lie-detector test,” said Mr. Ghani, adding that riches weren’t in keeping with his lifestyle, so “What would I do with the money?”

On the same BBC show, Mr. Khalilzad said that culpability for the Taliban takeover was “first of all, a failure of the Afghan leadership,” with Mr. Ghani running away and military leaders refusing to fight.

Mr. Khalilzad also said that it is an achievement in its own right that the war in Afghanistan, which was causing hundreds of deaths every day, is now over. “I’m pleased that the killing fields of Afghanistan are no more,” he said.